It appeared to be a super-team.

A collection of players that were so individually talented that when put together they would HAVE TO combine to form a Super Bowl-winning organization. Bombastic Baker Mayfield at quarterback, the duo of Nick Chubb and Kareem Hunt in the backfield, plus OBJ and his buddy, Jarvis Landy, on the outsides? That sounds like multiple matches made in heaven. But from Week 1 until now, this season has been far from paradise by the dashboard light. Great song, by the way. I’m going to play that now.

Many will blame first-year head coach Freddie Kitchens, the lackluster offensive line and a defense that has plenty of holes in it, especially the secondary. All of those have their merits to them and that doesn’t even address discipline. Look, OBJ sort of reminds me of that trouble maker in a high school class that the teacher really likes anyway even though he’s not always the best-behaved because he brings good energy to the room regardless.

It’s actually quite the difference if the amount of games played is recognized.

On the flip-side, Jarvis Landry has 65 catches for 919 yards and five touchdowns. The number of touchdowns is what is interesting if the two are compared. Simply put, defenses prioritize covering OBJ over Landry and the other receivers. It is harder for Baker to get Beckham the ball, especially in the first year of this duo playing together, when the defense swamps the man every play.

Of course, the rumors about OBJ and if he is happy in Cleveland started to rumble when the team (and OBJ himself) struggle. First of all, the man is under contract for three more seasons and regardless of how he feels about The 216, it’s not as if the Browns are going to have to extend him this offseason. Secondly, this is the first year with our head coach, first full year with Baker starting and, in general, just a ton of moving pieces and parts.

Breaking news: The Browns are a work-in-progress.

At the beginning of this piece, I said this group of men appeared to form something that could win the Super Bowl. That is not true…yet. Additions need to be made this offseason, especially at the aforementioned positions that are lacking. Once this becomes a complete team in every facet, it will benefit everyone including OBJ. Also, a full year of work, plus an offseason, another preseason and the connection between Baker and OBJ will certainly improve for next year.

Now, I hesitate for this article to make excuse after excuse for Coach Kitchens, Baker Mayfield and OBJ himself. Each and every player/coach has made mistakes on this team. Remember that guy that slammed a player in the head with his helmet? A lot of people are calling for Kitchens to get fired and while it is tempting to feel that way, it would make next year another version of this year with a new coach, new system and another restart.

How many restarts can we go through?

The easiest example to use is of the great Bill Belichick in the ’90s with the Browns. Belichick did not have a winning season in his first three years with the Browns and eventually made the playoffs in year four. It’s a process and a lot of fans don’t realize that about how coaches grow with time, too. Six Super Bowls later and Browns fans look dumb… 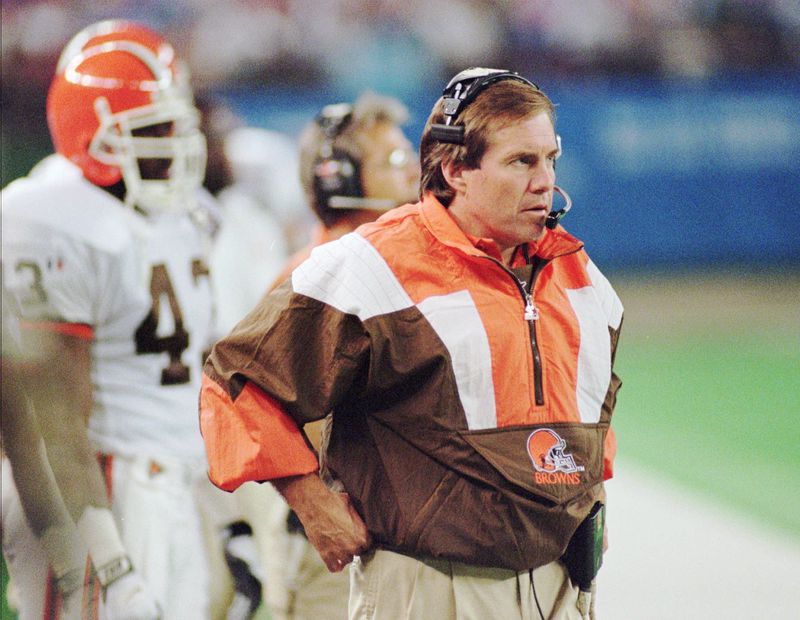 So, how does all of this relate to OBJ?

Well, with the growth of everyone else at all of the other positions both on the field and coaching, will come the growth of OBJ as a member of the Browns. I believe he will find ways to get open, despite facing double teams and creative defenses. Next year will have a lot more success for OBJ and the Browns, in general.

Be patient, Browns fans. What all of us saw in New York will happen in Cleveland. Just give it some (more) time.