It’s never right to wish injury upon anyone. I’d also like to point out that I was a big fan of wide receiver Odell Beckham Jr. even back to his time with the New York Giants. Like, that catch he made with the one hand…amazing. 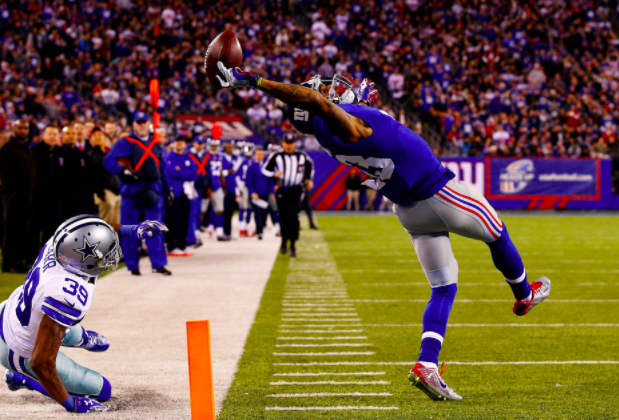 In the trade that brought Beckham Jr. to Cleveland, the Giants got in exchange (Browns also got LB Olivier Vernon): Dexter Lawrence (2019 first-round pick, No. 17 overall), Oshane Ximines (2019 third-round pick, No. 95), Jabrill Peppers and Kevin Zeitler.

Now, OBJ sustained that torn anterior cruciate ligament (ACL) injury on a play that occurred after a Baker Mayfield interception in Week 7 against the Bengals. From a football standpoint, losing a player of OBJ’s caliber would be devastating, right?

It’s clear that the Browns offense clicked once OBJ had the injury that took him out for the rest of this season.

In seven games played this year, OBJ had 23 catches, 319 yards and three touchdowns. However, something just wasn’t right. Potentially the fact that Baker felt the need to force the ball to the “superstar” of the offense instead of just playing the quarterback position like normal and finding the open receiver.

Hate to say this, but the Browns may not be in the position they are currently in if OBJ stayed healthy the entire season. Regardless, the wide receiver has shown class on Twitter in cheering for his team that kicked the Steelers out for good.

Somebody gotta show me the streets of Cleveland right now!!!! Beyond special

Personally, I’d feel very weird if my team had all of this success without me on the field. I’d be happy for them but disappointed that my services aren’t necessarily needed.

OBJ is under contract for another three seasons and is set to make over $40 million. Now, this season isn’t even over, but it’s going to be something the Browns will have to address (hopefully after this team wins the Super Bowl). It could come in the form of a trade to a team that needs that star wideout. The Browns could ask for some players in return to help strengthen the defense…

I commend OBJ for keeping it classy as simply a fan of the Browns for these playoffs. It’s great to see how supportive of the guys he is and I hope he gets an opportunity to shine as the talented wide receiver he is whether it be with the Browns or another team in the future.

Here’s to a full recovery!