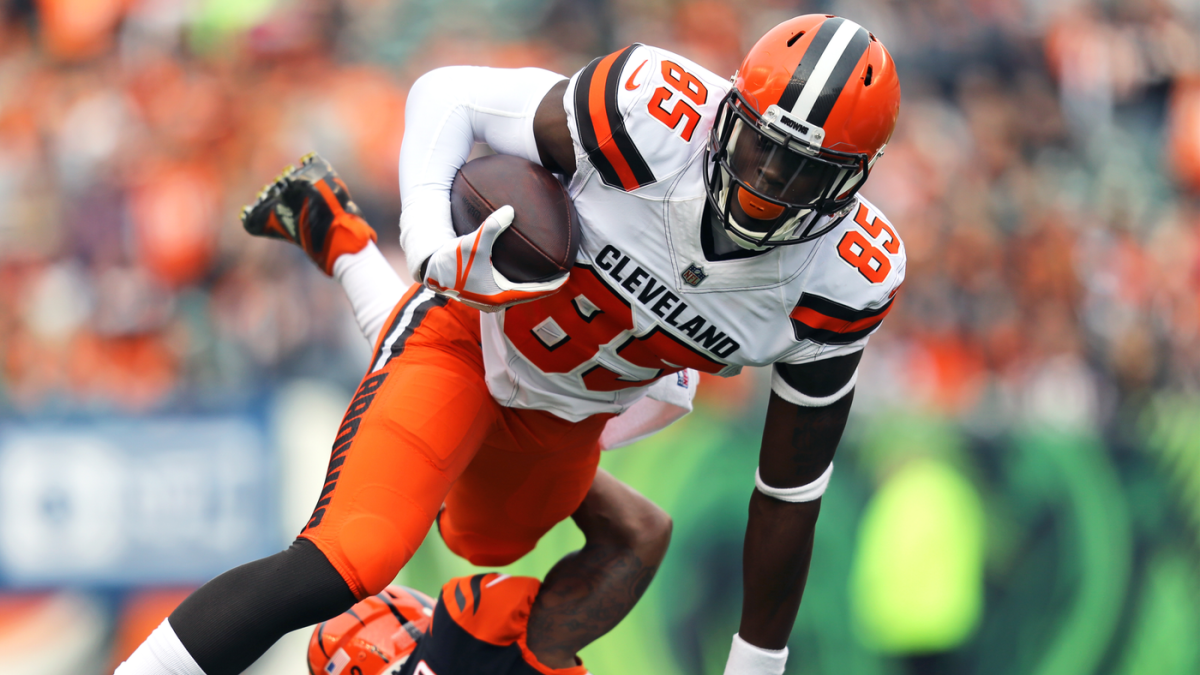 The Cleveland Browns got active this afternoon when they announced they had franchised tagged their tight end David Njoku. This move will mean that they pay Njoku close to $11 million this upcoming season. He had been scheduled to become a free agent and was looking to strike it rich either with the Browns or some other team. This is a big salary increase for Njoku and it likely means the Browns will part ways with their other tight end, Austin Hooper. If the Browns release him after June 1st, they will save $9.5 million in cap space.

There’s been much debate over these two tight ends and which one to try and keep. The fact that Njoku was hitting the open market and the Browns decided to say” hey, we want you…and you can’t go anywhere else” will be a good thing in the long run for both sides. It’s been suggested that Njoku and the Browns are working on a long-range deal but even if that doesn’t happen soon the team knows they have a good player staying with the team another year.

Njoku’s numbers haven’t been blistering the last several years. Some of that has to do with the fact that the Cleveland offense uses a two or three tight end package on offense a lot and only one player can get the ball on any given down. Njoku has turned into a very good blocker and he’s been a very good tight end for the team. He’s made the difficult catch more times than not and he’s developed a good connection with the Browns’ current quarterback Baker Mayfield.

Njoku is still only 25 years old.

He had the second-best season of his five-year career. He finished with 475 yards and four touchdowns. Some will argue that that isn’t worthy of a bazillion dollars but the price to keep even mid-range talent is getting more and more expensive. Njoku has shown some love for Cleveland over the years and the fans of the team generally love him. He’s been with the team since 2017. Certainly, there were other avenues the team and Njoku could have gone but the team believed enough in him to pay him a lot more money.

At this point, I’d suggest that the team concentrate on the draft and bring in another tight end that could step in on occasion in the future. Keep an eye out for the names Jelani Woods out of Virginia and Trey McBride from Colorado State as being possible draft picks by the Browns. Both showed great skills at the NFL Combine this past week and would be a nice young talent to help groom into potential stars. For now, with Njoku and Harrison Bryant, who’s in his third year with the team, the Browns will still be in good shape for the future.

Personally, keeping Njoku is a good move by the team and will continue to be a force to be reckoned with as next year gets started.