In just his third game since being traded to the Cavs, Alec Burks brought down the game-winning dunk in last night’s contest against the Nets.

In those three games since joining Cleveland, Burks is averaging 13.7 points, 6.3 assists and 1.7 rebounds in 26.3 minutes per game. Coach Larry Drew has been vocal about his trust in Burks’ game. In fact, Drew even designed their final play for Burks to take the shot over everyone else on the court.

It’s been pretty surprising that Coach Drew has been so willing to play him as much as he has been. I don’t feel like anybody expected Burks to come in and contribute so much immediately after the trade. He’s played well off their bench and should only continue to get better the longer he’s here.

Even being an eight-year NBA veteran, he’s still considerably younger than Kyle Korver. It’s way too early to call this a successful trade. As we all learned from last season’s trade deadline moves, the first few games after a trade are not indicative of what’s to come. Plus, you cannot have any expectations for what you’ll get out of a 2nd round pick.

Here’s to hoping his personal success doesn’t translate into wins this year. I’m all in on landing Zion, so the Cavs will need to be the worst team in order to get the best lottery odds for the top pick. Larry Drew doesn’t seem to be all aboard the tanking train though, as he’s been focused on playing guys like George Hill, Burks and Roney Hood over Cedi Osman and Colin Sexton. While it may result in a couple more wins by playing the veterans, this season should be about playing the young guys.

Losing now is the best thing for the Cavs future. 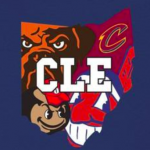 Great videos hand-picked by CST for your enjoyment!