As everyone and their mother knows, I am a huge Rocky movie fan. It’s funny because I grew up being deathly afraid of the movies after my father showed me one of them and I got scared cause of all the punching and blood.

This is going to be separate from the Creed movies as reported by “We Got This Covered.” However, let me start by saying that Adonis Creed (Apollo Creed’s son played by Michael B. Jordan) needs to be in this latest Rocky film. It sucks because his father was killed in Rocky IV and the original Apollo Creed (played by Carl Weathers) can’t come back to life for a new Rocky. 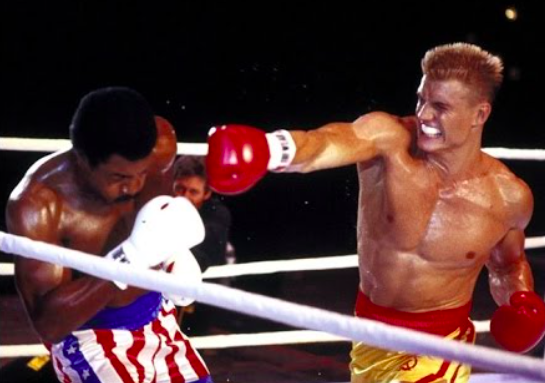 Apollo is my favorite character.

Look, Sylvester Stallone is 74 years old currently and when he fought in the Rocky Balboa movie created in 2006 against Mason ‘The Line’ Dixon that was a bit of a reach pushing 60 years old. Still, many thought that was a redemption film for Rocky V, which is considered the failure film of the series.

What could this new Rocky even be about?

“Balboa, now in a nursing home, takes on roommate in a fight after bingo dispute.” Not to act like this goody-good individual, but I actually volunteered at a nursing home to help the residents play bingo a long time ago. It’s a big deal to them and they don’t mess around.

Shifting gears for a moment to talk about the Creed movies.

Michael B. Jordan is such a talented actor and the storyline was great. However, what I didn’t like is that the films somewhat tarnish the original Apollo because he had to have an affair for Adonis Creed to exist. Apollo, himself, was a righteous and classy man. His character wouldn’t have an affair, in my humble opinion.

But, Stallone and company needed a way to have a character carry on the Creed name. So I get it…

Rocky Balboa is too old to actually step in the ring and fight. Since the film is not going to be a Creed movie, it’s going to feature Balboa as the main character. Now, what could Stallone write that would be entertaining, exciting, yet realistic to the millions of Rocky fans across the globe?

I can’t seem to figure it out…

The saying “jumped the shark” comes to mind and I feel the Rocky movies are so great and should simply be left as is… To write another storyline just doesn’t seem appealing at this point. Now, a Creed III opens the avenues up for plenty of stories that feature Adonis, have Rocky still in the film and are a success. That’s what I would focus on if I was Sylvester Stallone.

Lastly, just yesterday I wrote an article about Super Bowl Champion Tom Brady saying that he should retire. My reasoning was simply because people remember what has been done lately. By that same logic, the Rocky movies were redeemed in 2006 with the latest film. Tarnishing everything with another one all these years later just seems ill-advised. It could ruin everything…

Regardless, I’ll be watching and looking forward to seeing my hero on-screen once again.