“The Cleveland Indians did nothing of legitimate importance to this season at the deadline.”

“The Cleveland Indians fell apart in the 2nd half. ”

How many times have you heard these three phrases over the course of the past several years?

My guess is many, many times. That is exceptionally sad, especially since regardless of occasional mediocrity the Indians have a clearly bright future. Every Cleveland sports team does.

But the Indians will always take the backburner to “Johnny Football” and “King James”. This is a sad, but albeit common fact. With that said, we in Cleveland don’t give up. It is in our nature. This is a city of hard working people, and a city of people who plain and simply live and breathe Cleveland Sports. If you are born or live here, it becomes engrained in your nature. It becomes who you are.

The Cleveland Indians are that and more. They are a hardworking bunch, who does not ever give up, despite a sad season thus far. So why do we consistently give up on them as a city?

If we put aside the deplorable attendance, which there is no legitimate excuse for, (And “they are a bad team” isn’t a legit excuse when other worse teams sell out or get better attendance than us daily), the city of Cleveland, outside of true fans and some casual, seems to have all but given up on this Indians team. This is an understandable thought, but a sad one regardless. The Front Office yet again did very little to aid this team as a whole at the deadline, and people were yet again calling for Dolan, Antonetti, and Shapiro to be gone. This overall team has arguably heavily underachieved and are much better than the record depicts.

Let’s set those facts aside for a moment.

This Indians team is far from done, and with two months left in the season, and only being 6 games out of the 2nd WC spot, the season is far from over. I know, many of you do not like to hear this. It’s been repeated numerously by many of the Indians players as well as fans. Some of you just want to see Browns football or Cavalier basketball. I too want this.

Let’s not rush this all though. The Indians can make a run.

Is a playoff berth unlikely? Sure.

However, so was all of last season. Despite only playing in the Wild Card game, last season was a shock to not only Indians fans, but the baseball world as a whole. No one expected the Cleveland Indians to win 90 games, let alone make the postseason.

Yes, this season and last season are completely different things. Totally different teams. But I, along with the rest of the Indians fans, implore you Cleveland fans to simply not give up on this team. This is no cry of desperation, simply a cry not to stop believing in this team. There is always hope, and it starts from you. It starts from our very persistent and overall nature. We don’t give up. It’s why the Browns sell out and the Cavaliers get overall solid attendance. People go because they believe. So why stop believing in this Indians team?

There are 54 games left in this season. The Indians stand at 53-55, 6 games back of the 2nd WC. While the division race is most likely over. The Indian’s postseason hopes and overall season is not.

Is it doubtful? Yes.

This is a town where we don’t stop believing.

A town where we never give up.

So let’s not give up. Let’s not stop believing.

The Indians have an exceptionally bright future in front of them, but the present is just as bright. And it is not getting any less bright any time soon.

This article may be meaningless to some, but I simply want to get my point across.

This season is not over, despite what some believe.

Never stop Believing, after all this city doesn’t have the nickname “Believeland” for nothing. 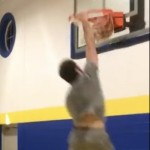 The Ingredients That Made Francona 2022 AL Manager of the Year