Here in this “Need to Know” series I will go over the various different aspects of each Browns game this season! It’s EIGHT PAGES so let’s get started!

1. Do Not Worry About Deshaun Watson 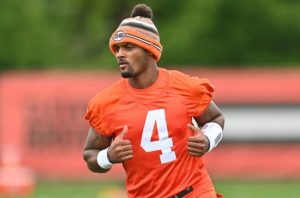 Yes, quarterback Deshaun Watson went 1-5 for seven yards. It was his first action in 19 months. Let’s be real, if Watson went 5-5 for some 99 yards and three touchdowns, everyone would be saying, “Oh, it’s just preseason and it doesn’t matter.”

Give the man some time to get with the system and work with the offense as the preseason goes on.

CLICK HERE TO VIEW THE NEXT PAGE OF THE SERIES!!!