It’s truly incredible to think about…

The Cleveland Cavaliers and the team’s odds to have the opportunity to draft LeBron James with the number one overall pick.

Speaking of the NBA Lottery. It’s just crazy to me that bouncing ping-pong balls decided LeBron James, Cleveland and over a decade of the greatest player ever on our team. 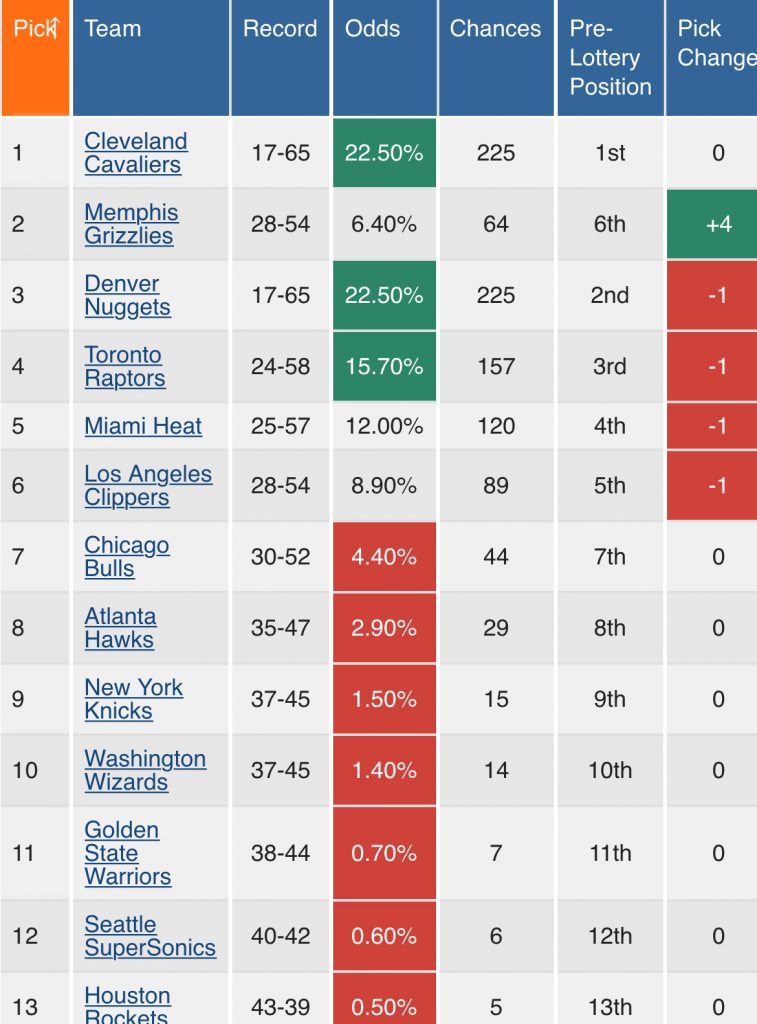 Now, how does the lottery work with the ping pong balls and everything? Ping-pong balls are selected from a machine in order to form four-digit combinations that have been assigned to each lottery team.

Cleveland and Denver, who finished tied with a 17-65 record, will each receive 225 chances out of 1,000 in the NBA Draft Lottery. In the event that neither the Cavaliers nor Nuggets wins one of the first three picks in the Lottery, Denver will select fourth and Cleveland fifth. The Clippers have an 8.9% chance to secure the top pick, 9.75% odds to pick second, and a 10.78% chance to grab the third spot. Currently, the Clippers best odds are to land the 5th overall pick—which would be the first time in franchise history that they owned that position.

And yes, people will say that LeBron ended up leaving Cleveland in 2010. True. However, he did end up coming back after four years in Miami and subsequently winning the title in 2016 coming back from down 3-1 to the Warriors.  Thus, it’s a chain of events to the title.

Tonight, the Cavs are represented by Anderson Varejao and have the 14th best odds for the first pick. It’s .5% odds of the first pick and 2.4% odds for a 1-4 pick.

Hey, you never know. Maybe a miracle will happen tonight.

Honestly, it is just amazing to think about how much luck was involved in the LeBron James story here in Cleveland throughout the years and what could’ve been had the Cavs not gotten the first pick. Thankfully, it all worked out.