The Brooklyn Nets just signed former Phoenix Suns point guard Steve Nash to a four-year deal to be the new head coach. While most of the NBA is happy for Nash, most of the sports media world was outraged.

One very notable ESPN personality regarded the hiring of Nash as “White Privilege.” Said personality also said that former black coaches Mark Jackson, TY Lue, and Sam Cassell were passed up for the Nets job to Nash who had no coaching experience.

While it is true that Nash is going into a new job with no experience, the question that comes to mind is the following.

Did Mark Jackson, TY Lue or Jason Kidd have head coaching experience when they were hired to take over teams after they had retired from playing?

The answer is NO, they didn’t.

The one thing they all had in common when they were offered jobs is that they were all players in the NBA and had great careers.

So why is Nash different?

Yes, he’s white. BUT, he was also a damn good player and also a two-time league MVP in his career.

Personally, I think this could be a great hire for the Nets as Nash knows the game and has arguably the best point guard in the NBA today in Kyrie Irving. Add Kevin Durant to the mix and this could turn into a great fit for the Nets. 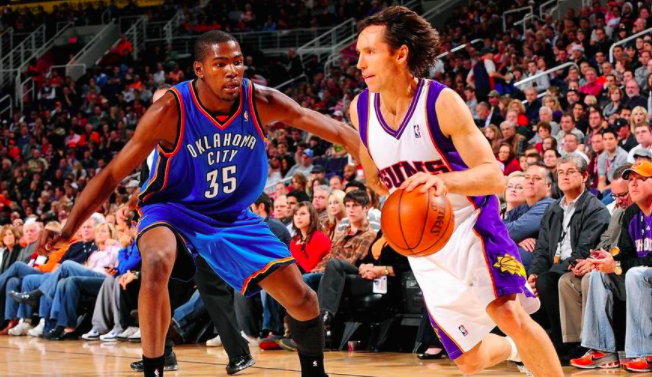 We could possibly see a shift in the East and could see Brooklyn now give the Celtics and Raptors a run for their money.

Despite how anyone else feels about this move, this could turn out to be great for both Nash, Irving and Durant. Only time will tell if it pays off and Nash has enough time to turn this team into something special.