Josh McDaniels, Kevin Stefanski, Robert Saleh, Greg Roman, Eric Bienemy, Brian Daboll and even Jim Schwartz have come up in this seemingly never-ending discussion over who the Browns’ next head coach will be.

All seven of these men have (varying) merit that might make them the coach to finally take the Browns over the hump, which their current player personnel can no doubt achieve. That said, which one of them would be the ‘optimal’ candidate? Which one should you support the most? Are there any of them who might not be the best decision?

Let us evaluate the pros and cons of each coach, in no particular order of theoretical viability: 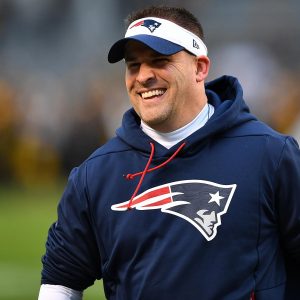 There have been more back-n-forths concerning Josh McDaniels and this head coaching vacancy than a professional tennis match. Seriously, one day he’s the favorite to get the job, the next he supposedly has ‘zero chance’ of getting it? And of course, there’s that stupid 2014 tweet floating around that some fans have been too stupid to actually read the date on, which has been its own internet forest fire of sorts.

Putting that aside, let’s have a look at the pros and cons of hiring McDaniels:

Writer opinion- McDaniels is overall the strongest candidate left for the Browns to choose from. His cons can be argued down very easily. Playcalling was very difficult to effectively do for the Patriots, considering the team’s gaping lack of talent beyond Tom Brady, which wasn’t helped by a tremendous down year for Julian Edelman. McDaniels’ potential issues identifying talent are also: A). Not too important, the Browns have a lot of talent as-is and B). Potentially overrated, since Tim Tebow wasn’t exactly drafted yesterday and McDaniels hasn’t made any notable mistakes like ever since. For these reasons, the Browns would be best suited to hire McDaniels.

Similarly to McDaniels, Stefanski has had a very up and down season. However, the ‘up’ likely hit its peak for the moment in his team’s recent 26-20 win in New Orleans during the NFC Wildcard game. Stefanski has been right in the thick of things, helping to engineer Minnesota’s second-half resurgence. It is largely because of this that the Vikings have both proceeded to the NFC Divisional game and actually have a very reasonable chance to upset the 49ers this weekend.

Having a look at his pros and cons:

Writer opinion- Stefanski would make for an excellent, close second best candidate for the Browns’ head coach vacancy. A lot of his success in Minnesota comes with a team that has very similar offensive personnel to that of the Browns, which is no doubt appealing. Unlike Josh McDaniels, however, Stefanski only has experience as an assistant, and not a whole lot as a coordinator, which may not be ideal for a team that has been embedded in a losing culture for so long. This does not serve to undermine Stefanski’s viability, but rather portrays the tiebreaker going in McDaniels’ favor; Stefanski is a strong candidate and should be regarded as such. 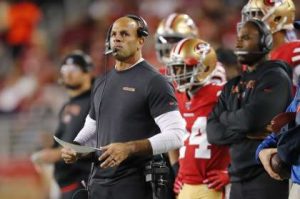 A fairly unheard of, dark horse candidate, Robert Saleh seems to have made a very strong impression with the Browns during his interview. His 49ers defense has also been incredibly impressive and consistent this season and has been crucial in allowing the 49ers to capture the NFC’s top seed.

Let’s have a look at Saleh’s pros and cons:

Writer opinion- Saleh has enough pros to be worth considering. However, the Browns are the last vacancy left in the league, so they don’t need to settle. Simply put, Saleh is a noticeable notch downward from McDaniels and Stefanski- his cons have a very real chance to put the team in a bind and ruining their breadth of young talent, while the cons of McDaniels and Stefanski are comparatively minor. Saleh is a viable candidate but should be ultimately passed on.

A bit of an oddball candidate, Greg Roman has been getting quite a bit of attention. Not just as a potential new head coach, but in his work with the Ravens’ offense this season. Lamar Jackson has gone from a middle of the pack guy to a runaway MVP candidate under Roman’s tutelage this season, and because of the Ravens’ dynamic offense, the team is sitting pretty at 14-2 and the AFC’s top seed.

So, let’s have a look at his pros and cons:

Writer opinion- Greg Roman is one of two candidates which is flat out unviable to take over the reins in Cleveland. With a very talent-heavy Browns team and a crucial third season for Baker Mayfield coming up, making major adjustments to the offense with an ultimately unproven product would be flat out ridiculous. There just isn’t any sort of justification to hire Greg Roman as the team’s head coach. 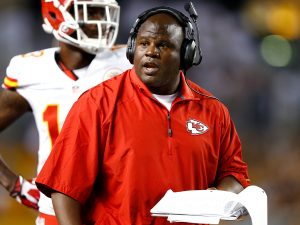 Eric Bienemy has emerged as somewhat of a dark horse candidate for this position as well. Bienemy’s work with the offense has been somewhat overshadowed by the ascension to prominence of the extremely talented Patrick Maholmes and the ridiculously athletic Tyreke Hill, though the offense as a whole has been clicking quite well for the past two seasons.

Let’s have a look at the good and bad for Bienemy:

Writer opinion- Like Robert Saleh, Bienemy isn’t necessarily a bad candidate- he simply isn’t by any means ideal and falls short of Josh McDaniels and Kevin Stefanski. Being a former player helps, and would give some credence to him being a good locker room presence and “leader of men” this team seems to need so much. However, his general inexperience in crucial areas and lack of a proven product are concerning, and stop him from being as strong a choice as Josh McDaniels or Kevin Stefanski. 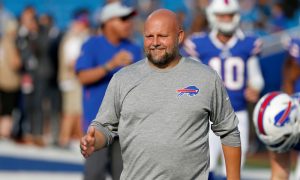 Brian Daboll has also been a strange candidate for the Browns’ job. Josh Allen did have a stronger season under Daboll, which helped the Bills to reach the playoffs, which does give him some degree of merit.

Let’s have a closer look at making Daboll’s case, to and against:

Writer opinion- LITERALLY, WHY?!?! If they do this, Browns fans should converge to burn First Energy Stadium to the ground. It’s not like our team would achieve much in actually making use of the field anyway if Daboll was tabbed as the next head coach. 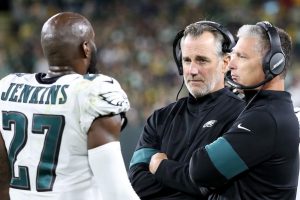 Recently receiving a surprise interview from the Browns, Schwartz is the last serious candidate for the team’s vacancy.

Let’s have a look at his pros and cons:

Writer opinion- Schwartz is not as bad a candidate as it may initially seem. His merit as a strict, disciplined coach poses a very intriguing niche with a young Browns team which had tremendous issues with discipline last year. Schwartz has also had an extremely good history at engineering defenses, which would bode well given the talent Cleveland has on that side of the ball. Overall, Schwartz is probably the third best candidate for the job behind Josh McDaniels and Kevin Stefanski. It’s a shame he won’t take a defensive coordinator job with the team.