The legendary Cavaliers basketball announcer passed away at the age of 83. He was battling kidney disease and liver cancer. This is, unfortunately, the second amazing Wine & Gold announcer to pass away in recent times. TV announcer Fred McCleod being the other.

I have so many fond memories as a little boy listening to Tait call the Cavs games on the radio. My parents had a rule where I could only listen for one hour before having to try and go to sleep. This being in the early 2000s even just before a certain LeBron James was a member of the team.

What Tait did is make the game truly come to life even when it was simply through his voice. His descriptions, passion and true love for the game really were clear to Cavs fans. There is truly no one that can replace someone so iconic. Put Joe Tait in front of a microphone and it was truly magical.

On March 26, 2008, Tait announced his 3000th game for the Cavs. The radio broadcast location at Rocket Mortage FieldHouse, section C126, has been forever renamed The Joe Tait Perch in honor of this achievement.

Tait also announced games for the Cleveland Indians and Rockers (WNBA) amongst other teams, too. This included Len Barker’s perfect game for the Indians in 1981. 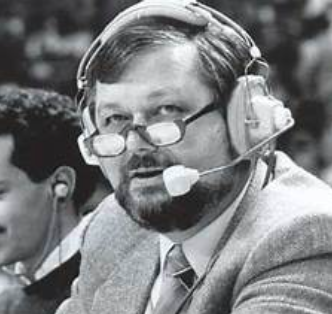 Here are his signature calls via Wikipedia:

Everyone here on the CST Team extends our condolences to the Tait Family and the Cavs organization. We will never forget someone so special.

May you rest in peace, Joe Tait.