It is with heavy hearts that we found out about the peaceful passing of basketball legend Bill Russell at the age of 88. In his career, the man won 11 championships in 13 years total with the Boston Celtics. Additionally, he became the first black coach in North America when he became a player-coach in ’66 for the Celtics. A true patriarch for sports that now have many coaches that are black.

Basketball stats aside, Russell was an advocate for civil rights in this country and beyond. He won the Presidental Medal of Freedom from then-president Barack Obama. Two years later, a statue of Russell was unveiled on Boston’s City Hall Plaza. – Via. NBA.com 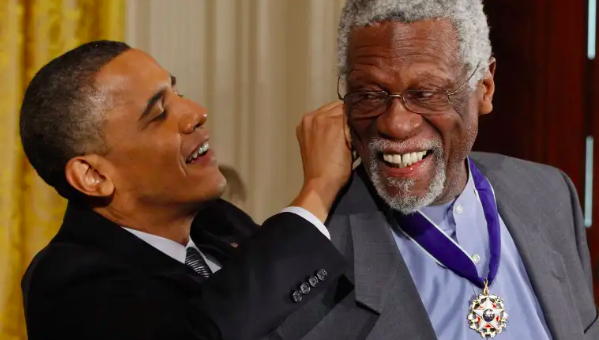 This statement was posted on social media:

“Bill’s wife, Jeannine, and his many friends and family thank you for keeping Bill in your prayers. Perhaps you’ll relive one or two of the golden moments he gave us, or recall his trademark laugh as he delighted in explaining the real story behind how those moments unfolded,” the family statement said. “And we hope each of us can find a new way to act or speak up with Bill’s uncompromising, dignified and always constructive commitment to principle. That would be one last, and lasting, win for our beloved #6.”

Cherish those in your life while you have them. It is true that Legends Never Die and that is certainly the case with Bill Russell.