A Cavs and Warriors final was decided on Wednesday, with a 104-90 Golden State win. The question looming is: Which point guard will triumph? The reining MVP continuously proves why he earned the title, while Kyrie Irving has dominated, up until he got hurt and sat a few games.

In the five-game series against the Rockets, Steph Curry went 52-101 (51%), scoring 156 points. Curry did take a hard fall in Game 3, but went on to play Game 4 with no problem, scoring 26 points, with eight rebounds and six assists.

Kyrie started Game 4 of the series against the Hawks, after not playing the second or third. Irving played just over 49 minutes, totaling 26 points, 11 assists and seven rebounds. The knees have been a struggle for Irving of late, causing him to miss those two playoff games against Atlanta, and it makes us all wonder how he will fare against Curry next week. Though he was not at his best, Irving still scored 16 points in Game 4, going 6/11 from the field.

This season, Irving is averaging just under 22 points, three rebounds and five assists per game for the Cavs, while Curry is averaging seven assists and just under 24 points; so the statistics seem to be even.

With Kyrie not currently at his best, Curry should win their match up. His shot and ball handling are too ridiculous to handle, and, as the current MVP, he has to live up to his title. The first game at Golden State will be a snapshot of the rest of the series, and we will get a look at this awesome point guard match up. I believe Kyrie, and the rest of the Wine and Gold, are up for the challenge. 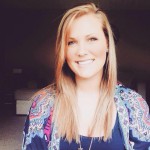 Madison is a current student at West Virginia University working on a degree in Journalism and minors in Sports Communication and Political Science. She is an avid Cleveland Cavaliers fan, along with the Ohio State Buckeyes and the WVU Mountaineers. A former basketball, volleyball and track athlete, Madison graduated from Maysville High School in Zanesville, Ohio. Madison currently works for the West Virginia Black Bears MiLB team, and for WVIllustrated.

Ranking the Cavaliers for the Future

Positive Takeaways From the Cavs’ Season