It’s going to be a tough one.

The Cleveland Browns, after shocking the world in a 48-37 defeat over the Pittsburgh Steelers, now have the Super Bowl Champion Kansas City Chiefs to play against on the road. This week has certainly been celebratory, but the focus now turns to how the squad can pull off another upset.

What’s interesting is that in looking at the Chiefs’ schedule this season, the vast majority of their wins were in extremely close games. 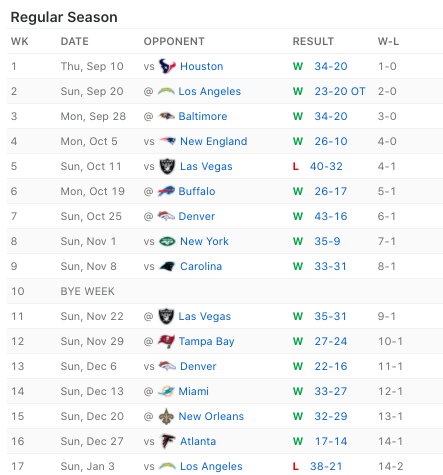 That’s the oldest saying in the books. However, this KC team is not blowing out its opponents. 11 of the 16 games were either a win by 10 or fewer points or a loss. A big play here or there could have changed the outcome of most of their matchups this year. Had the team been blowing out everyone and it would be a much more daunting opponent.

Obviously, the Browns are going to have to control the clock by running the ball as much as possible. Having those long and sustained drives to keep QB Patrick Mahomes and company off the field as much as possible is the biggest key.

Limiting the mistakes is a must as well. The Steelers saw what happened when mistakes are made in the playoffs. Big Ben had that fumbled snap to start the game and an additional four interceptions. The Browns don’t want to be like the Steelers in this upcoming game. No interceptions, fumbles and limit the dumb penalties.

Frankly, the playoffs are a completely different type of game compared to the regular season. Very few gave the Browns a shot against the Steelers and they dominated that playoff affair.

Who’s to say it can’t be done again?

Kansas City is a great team, but if the Browns play a game of football that follows the aforementioned fundamentals, there’s certainly a shot!