On Sunday, January 17, 2021, at 3:05 pm, RB Kareem Hunt and the Cleveland Browns take on the Kansas City Chiefs in the divisional round of the playoffs. Hunt faces some history with the Chiefs as this was the team he was drafted by. He played for the Chiefs for a year and a half during the 2017 and 2018 NFL seasons.

In Hunt’s NFL debut in 2017, he ran for 246 total scrimmage yards against the New England Patriots with a final score of 42-27 in the Chiefs’ favor. Through the 2017 and 2018 seasons, Hunt was an aggressive difference-maker for the Chiefs when it came to their run game. Everyone around the NFL enjoyed watching Kareem as he was establishing himself as one of the best young running backs in the NFL. 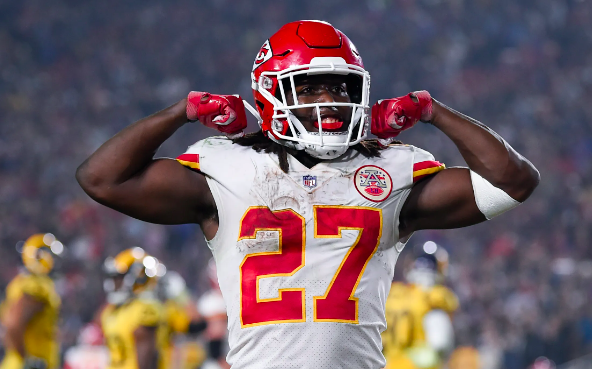 On November 30th, 2018, TMZ released a video of Hunt displaying acts of kicking a woman in a hotel. When the Chiefs found out about this issue, they immediately released him. After being released and officially a free agent, Hunt signed with his hometown Cleveland Browns for the 2019 season but was suspended for the first eight games. Once he made his debut, we Cleveland fans could tell he wanted to be here and wanted to play for us.

With the Browns now finally in the playoffs, Kareem has been thinking a lot and realizes that this game is personal against his former team. The Chiefs were the team that drafted him and gave him a chance to be an NFL player. We understand Kareem’s situation and we fans have your back in Cleveland. After working so hard to be the best person he can be, Kareem has come a long way. As a Browns fan, I would not want it any other way. He is a dawg, a Cleveland Brown and he is ready to take his running game into Arrowhead Stadium and he goes up against his former teammates who are the Kansas City Chiefs.