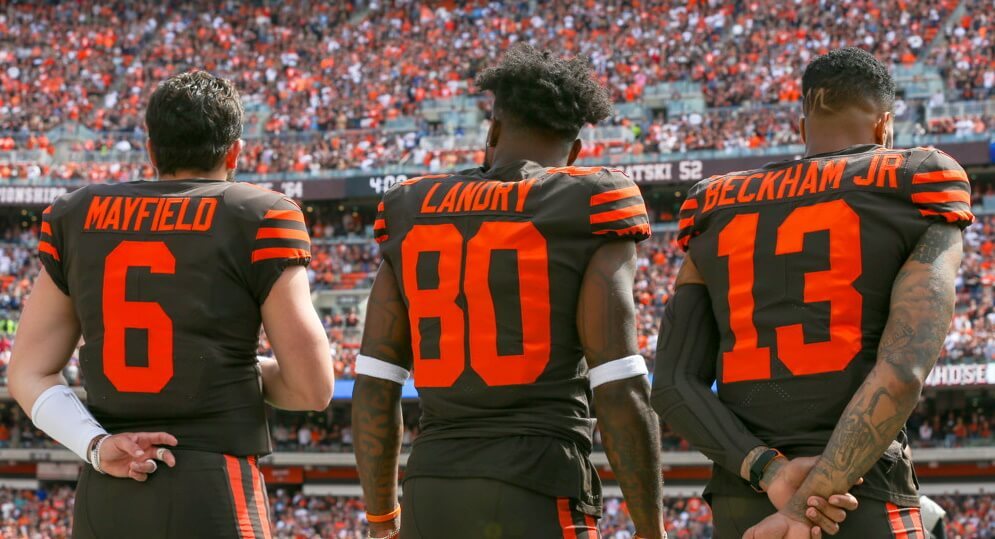 Jarvis Landry, the Cleveland Browns wide receiver, who came here in a trade with the Miami Dolphins back in 2018, seems likely to be on his way out the door as a member of the Browns after his latest tweets on that great Twitter social media platform where everyone seems to have an opinion.

It wasn’t likely to begin with, that Cleveland was going to have Landry come back because he was due $16 million this last season of his contract. The Browns and Landry would have to renegotiate the deal or simply release him and save a boatload of money and open up more in cap space to sign new players.

In his latest tweeting barrage, Landry said this:

1/2 Reality behind all this is I came back to play in the best shape of my life, I got hurt week 2 with a high grade MCL Sprain,Partial quad tear and bone bruise. Then came back way to early and ended up staying hurt the entire season. You never heard me mention anything about it

2/3 Also my media availability didn’t happen because I was focused on getting on the field as healthy as possible during the week and after games.. a strategic plan was set in place to be followed. I put the ball in CLE court by telling them I would like to stay but if not then

3/3 I have put the ball in CLE court by telling them I would like to stay but if not then I’m confident enough in myself to be a better healthy me this year and moving forward to helping do my part in winning a championship elsewhere.

He basically says he’d like to stay but it’s up to the Browns now. What adds to his likely departure is that his best buddy Odell Beckham Jr. and former Cleveland player bolted for the Los Angeles Rams mid-way through the season. because he didn’t like the Browns quarterback Baker Mayfield.

If this all sounds like an argument you’d hear on any playground of some middle school in the heart of the USA then you’d be correct.

With social media and places like Twitter free to give your voice, athletes these days, who don’t have to be held accountable to any standards can do and say what they please and generally are getting their way.

Whose fault is that? At this point, it doesn’t really matter, does it?

We are living and breathing this new world of instant reactions and players like Landry and Beckham Jr are leading the charge.

Some will say Landry changed the “culture” of the Browns. I’ve even written positively on the leadership of Landry in the past, but times have changed again.

It’s best that Landry moves on and maybe the Browns can get a reboot with new voices and leaders in the locker room next season.

It was a fun ride at times while Landry was here but too many times it seemed like we were all on a roller coaster. Good luck Landry with your next team.