It’s 2010 and LeBron James’ first game back in Cleveland after leaving the Cavaliers for the Miami Heat. I am a little teenager screaming a plethora of not nice words, “booing,” and much more at the TV. Truly, I hated that man with every fiber in my body for “taking his talents to South Beach.”

Leaving Cleveland, winning in Miami, coming back home, winning the 2016 Finals down 3-1 to the Golden State Warriors and leaving again for Los Angeles. LeBron has truly been at the forefront of NBA Basketball for just about two decades now.

The second departure was much easier to handle compared to the first one. We all can agree on that…

The most obvious reason being that King James did bring Cleveland its first championship since 1964 and the first for the Cavs in team history. It almost felt like the squad reached a dead-end after that 2017 season (another finals loss) and a new chapter was in order for LeBron, hence the move to Los Angeles was much smoother.

2020 has been a crazy year due to the Covid-19 pandemic and the NBA playing part of its regular season and playoff games in neutral sites with no fans. LeBron and the Lakers (52-19 regular season) are about to begin these finals against the Miami Heat, a former team of his, in the same place – The ESPN Wide World of Sports Complex at Walt Disney World.

One can debate the legitimacy of these finals compared to a normal season’s finals because of all the changes and adjustments that had to be made in order for NBA Basketball to even occur. It will be a lot different than say Game 7 in 2016 for LeBron and the Cavaliers. On the road, in Oracle Arena against the Warriors…and thousands of roaring fans. These games don’t even have spectators…and are in October instead of June. 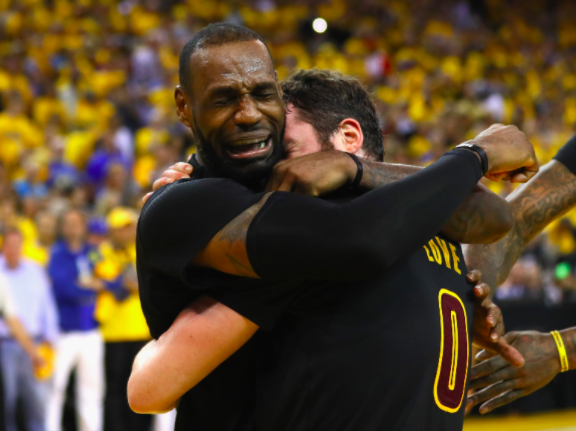 However, I want LeBron and the Lakers to win. Here’s why:

I think LeBron James is the GOAT (Greatest Of All Time) and I feel a finals victory will help strengthen his resume and allow for more people to consider King James for that title over Michael Jordan. Additionally, with the tragic passing of Kobe Bryant, it would be wonderful for the Lakers to be winners. It could, in some way, be dedicated to Bryant and his daughter who also tragically passed away.

LeBron carries a 3-6 total record in NBA Finals appearances. Only three other players in history have made the finals 10 times. While Jordan is 6-0, James does lead in appearances by four. Getting another win in the finals would help that aforementioned resume tremendously.

Everyone knows that Father Time is undefeated and LeBron is 35 years old and finishing his 17th season in the league. No one is able to play forever and while the man is still dominating, there are only going to be so many more chances. This may be his best shot to get another ring, for a third different team, and I’d like to see it happen.