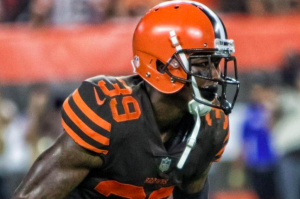 If I could put the entire Browns defense on this article, I would. They have not played an offense as explosive as the Titans in a long time. Slowing down the run is the most important task, but what makes the Titans offense so effective is their ability to throw on play-action. This means the secondary needs to stay home and be disciplined in their reads. CB Denzel Ward is still out for the Browns, which means CB Terrance Mitchell is the number one guy again. As if RB Derrick Henry was not enough size to bring to the Tennessee offense, they also have AJ Brown lining up at wide receiver. Brown (6’0 227lb) is a monster after the catch and Mitchell will need to limit his big play ability. If the Browns secondary does its job and limits big plays, the Browns offense will get to run the ball more and not have to rely on the passing game. If this is accomplished, Cleveland could be looking at their ninth victory on the season.