In a Week 1 performance against the Carolina Panthers, Browns WR Amari Cooper went for three receptions for 17 yards. The Cleveland Browns must find ways to get Cooper the ball in Week 2 and beyond.

Even Browns QB Jacoby Brissett, who does not throw the ball extremely far, must find ways to get Cooper the ball. Cooper is one of the best route runners in the NFL and can burn any defensive secondary. Even though he only caught three passes, he was burning the Carolina Panthers secondary in Week 1. Brissett and Browns OC Alex Van Pelt can set up the offensive system for Amari to run quick slants and down and out plays to get him access to the football. Yes, I know, Cooper is a route runner who catches long passes, but that probably will not be happening until Deshaun Watson returns from suspension.

If you look at Cooper’s year-by-year stats in the NFL, they are very high in receptions and yardage. In five of his seven years in the NFL, Copper has gone for 1,000 yards or more. 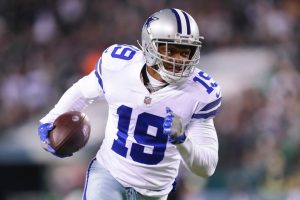 That is significant for the Browns to win games. When the Browns are choosing to not run HB’s Nick Chubb and Kareem Hunt, they should be throwing to Cooper. Cooper also effectively opens more opportunities for the Browns to move the ball downfield. It will eventually get to a point where the Browns will need to pass. They need to make sure Cooper can run effective routes that are easy for Brissett to throw to.

It will be interesting to see how Week 2 will be for the Browns as they take on the New York Jets. We will be able to see if Alex Van Pelt has a plan in place for Brissett and Cooper, not only for this week but for weeks beyond. Also, when Deshaun Watson returns, he and Amari Cooper will go off. I am excited to see how this all pans out!