On September 9, 2019, the Cleveland Cavaliers community was shaken by the unexpected passing of play-by-play broadcaster, Fred McLeod. McLeod, known for his style, was a pillar of the NBA, the Cavaliers and to everyone who knew him. His passing brought an enormous amount of grief, as he was beloved by so many. His wife, Beth McLeod, found the perfect way to honor her late husband and comfort members of the Cavalier family.

She tweeted, “I choose to share Freddy’s ties with family and friends, coworkers, CAVS to other announcers around the NBA…to current players to past to LeBron, Grant, Isiah and Anderson. Emotional day for sure… but at least there are smiles to go with the tears today.”

The receivers of the ties were overwhelmed with gratitude and emotion.

Cavs reporter Allie Clifton tweeted in response, “Every broadcast will be a little different moving forward – done with a lil extra GRACE & APPRECIATION in honor of one of our favorites. Fred, as to no surprise your wife @BethHMcLeod reminds us of the love you two shared & your legacy she will make sure we never forget.”

There is no doubt the home opener on October 26 will be a rollercoaster of emotions, but more than that, a perfect opportunity to honor the late Fred McLeod. The Cavaliers have also announced they will be naming the combined television studio and media workroom space in his honor. McLeod’s legacy and his 200 ties will be with all those who loved and respected him for many years to come.

As Fred McLeod would always say “you gotta have a good tie guy,” and now they have the best “tie guy” there ever was. 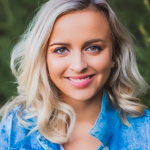 From Villain to Hero – Rest in Peace to a Legend

Interviewing Browns Ahead of 2020 Pro Bowl!