I love this day here to start the beginning of March.

3-1 Day! Yes, it carries a lot of symbolism for us Clevelanders.

There was a time when all hope was lost. No, I am not talking about the current situation with COVID-19 and all of these sacrifices everyone has had to make in the past year with wearing masks and spending less time with friends. No, it was a time when the opportunity for the Cavaliers to win the NBA Finals in 2016 seemed bleak and watching the fifth game appeared to be more as a formality than with any real sense of meaning.

The Cavaliers were down three games to one to the Golden State Warriors after losing the most disappointing loss of them all in Game 4 at home, 108-97.

However, the story goes on with the team winning a huge Game 5, 112-97, on the road. LeBron James and Kyrie Irving each had 41 points and the Wine & Gold took that victory to make the series from 3-1 to 3-2.

LeBron had the most crucial block in the history of basketball. Kyrie came back with a huge three-pointer. Kevin Love even had a stop of his own on the defensive end! It all led to a 93-89 win and the championship victory coming back from down…

The Cavs are nearly five years removed from that championship comeback. However, it still certainly resonates with Clevelanders as the first true championship since 1964 and the Browns way back when…

Frankly, it means so much more.

It represents that the impossible is truly nothing. Even with insurmountable odds of coming back to win those three games in a row; the Cavs were able to do it and win the championship. This can serve in the lives of many fans of Cleveland, the Cavs, LeBron James, the NBA and more.

Throughout this difficult time our society is dealing with because of the pandemic, or whatever it is you personally may be going through, the Cavs do truly show that climbing said hypothetical mountain like Rocky Balboa did can be done in your life with the challenges you are facing! 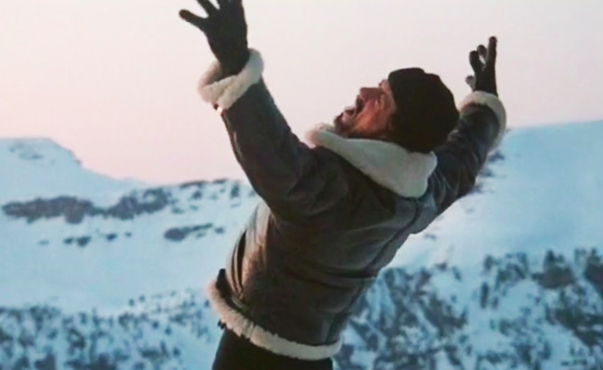 One interesting tidbit came at the very end of the game. I always like to point it out and it’s something that a lot of people have forgotten and it’s a good thing that it was forgettable…

The score is 92-89 with the Cavs leading as LeBron gets fouled with 11 seconds left on the clock. The King misses the first foul shot and that leaves the door open for the Warriors. Think about how significant this second foul shot is… It makes it a two-possession game and secures a victory for the Cavs in Game 7.

Had LeBron missed that second shot, the Warriors would have gotten the ball and a chance to potentially put up a three to tie the game.

Thankfully, the second shot was good and the Cavs did win, 93-89!

Next time you are going through a difficult time, just remember the Cavs didn’t let it stop them from coming back from down 3-1 to the Warriors.

Enjoy today and remember how much the Cavs overcame to bring that glorious title to Cleveland, Ohio!