With the 26th pick in the 2021 NFL Draft, the Cleveland Browns select Greg Newsome II, cornerback, Northwestern.
With their first-round pick, the Browns decided to go strengthen their defense by bringing Greg Newsome II onto the team. Newsome II was one of the top corners in this draft and has the potential to become a pro bowl player early on in his career.

His 6’0” height and 190 lb weight allows him to be an absolute force on the field. During his time at Northwestern, he was able to contest all jump balls coming his way and had 25 pass breakups. Newsome II also has the speed to stay in stride with the receiver and give the whole offense a hard time. The most important trait he possesses is that he is not afraid to make a tackling play ever. He had 71 total tackles, including 51 solo tackles throughout his whole college career.

NFL offenses should be hesitant to pass against the Browns this season if they see both Denzel Ward and Greg Newsome II lined up at the corner position. Newsome II has a very similar play style to Ward, so it would be like having two of the same player on the field at the same time. The Browns are in a win-now mode so hopefully, Greg Newsome II will live up to his potential and help bring the Lombardi trophy to Cleveland this NFL season. 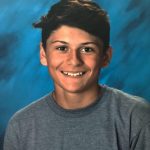 I love sports. I enjoy talking, playing, watching, and writing about sports. I always knew from a young age that I wanted to pursue a career that allowed me stay close to sports. My favorite sport is football and I played it for 8 years. My favorite sports teams are the Green Bay Packers, the Los Angeles (I still wish it was Anaheim) Angels, and the Portland Trail Blazers.