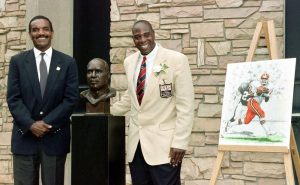 Ozzie Newsome praised the Cleveland Browns for being the city he stayed his entire NFL career for, worshipping the fans and also his family for supporting him all the way. The “Wizard Of Oz” made the audience happy without using magic, but just the kindness of his words.

1978 NFL Draft: Coming from the University of Alabama, Ozzie Newsome was drafted in the 1st round, at 23rd overall draft pick by the Cleveland Browns football franchise. 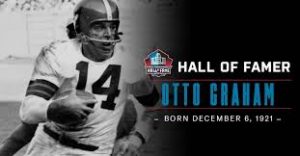 Key quote during hall of fame speech: “I’ve had many honors in my day, but I have to admit, this has to be the tops of all of them. I want to thank the Football Hall of Fame, for the wonderful hospitality they have shown to all of us. I honestly don’t think I belong here, but I’ll be darn if I’ll give this bust back.”