No, I never played quarterback for the Cleveland Browns. However, I have hurt my shoulder and it is very, very painful. Quarterback Baker Mayfield’s left labrum is completely torn. He is a fighter and still wants to play on the shortened week against the Denver Broncos in Cleveland under the lights at First Energy Stadium.

One has to respect his grit and desire to fight.

The problem is that the Browns have a banged up offensive line and are already playing backups. The running back situation is a crisis with both starters in Nick Chubb and Kareem Hunt out. Thus, it’s going to be a challenge.

If Baker does play and wants to prove to the world how tough he is, let’s play the “what if?” game

What if Baker takes another hit and injures his shoulder even worse than it already is?

What if Baker continues to struggle because of the shoulder and loses more confidence and synergy within the team with players such as WR Odell Beckham Jr.

What if the Browns lose even if Baker grinds it out? The team currently sits at 3-3 and has struggled in the last couple of weeks even with Baker out there calling the shots.

Browns backup quarterback Case Keenum is a capable starter. The man has played in 71 career games over a career with various team such as Washington, Denver, Minnesota, Houston and more. Thus, this isn’t some quarterback that hasn’t taken a snap when it counts. 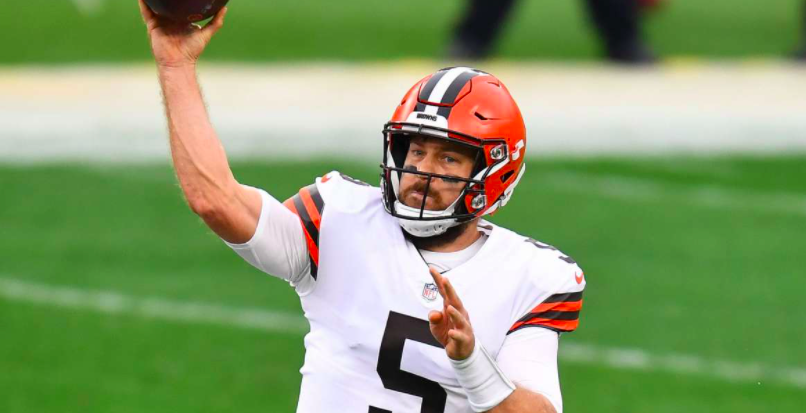 Now, if only we could have Marty McFly and predict the future. Sure, Baker could play and have an amazing game leading the Browns to a victory without any injures to his shoulder. Unfortunately, there is no way of knowing…

Sit Baker for this game, protect the star quarterback and let him rest up with the extended break until the big Pittsburgh game on Halloween. Allow Keenum to try and give this team the best chance to win and go from there.

Baker doesn’t have to prove his toughness. We know he’ll do anything for this team! We just want him healthy for when it counts most late into the season and in the postseason as well.