Two weeks ago, the Haslam’s and John Dorsey made the decision to fire Head Coach Hue Jackson and Offensive Coordinator Todd Haley. This move was the talk of the NFL, as many people saw it as only a matter of time before Hue Jackson would be fired with his 3-36-1 record as the Browns Head Coach. What a lot of people didn’t expect was for the Browns to also fire Todd Haley. During the press conference following the firings, Jimmy Haslam made it clear that they decided to part ways with Hue and Haley because of “internal discord.” The two couldn’t seem to get on the same page and many people around the league believe this to be because Haley was hoping Hue would get fired so he could assume his position as head coach.

In response to the firings, the Browns announced that Defensive Coordinator Gregg Williams would assume the role of head coach and Running Backs Coach Freddie Kitchens would assume the role of offensive coordinator. Since this big move, the Cleveland Browns offense has played its best football all season because of the innovation that Freddie Kitchens has brought to the offensive play calling.

The first great addition that Freddie Kitchens has implemented into the offense is the use of the slant-flat concept. This concept is typically used against a Cover 2 Defense where there are two high safeties, corners covering the flat (area near the sideline within 10 yards of the line of scrimmage) and linebackers covering the hook zones over the tackles. To run a slant-flat concept the outside wide receiver runs a slant route towards the middle of the field while the inside tight end or running back runs an out-route into the flat. The whole idea around the slant-flat concept is to make the corner decide which player to cover in his zone: the outside receiver or the tight end/running back.

Freddie Kitchens has done a great job of executing this with Running Back Duke Johnson. Kitchens will send Johnson out of the backfield to the flat and let him make a play with his athleticism after the catch. The slat-flat concept has played a big role in helping the Browns offense because it plays to the strengths of their playmakers. They have quick receivers in Jarvis Landry and Antonio Callaway who are good at getting open off the line of scrimmage. Duke Johnson and Nick Chubb are both good receiving backs who can make defenders miss and Baker Mayfield has a cannon of an arm with a quick release. These three strengths make the slant-flat concept deadly for the Browns and it’s the reason their offense has been so effective since Freddie Kitchens took over.

If Freddie Kitchens has shown us anything it’s that he doesn’t fly with being generic. His three running back set allows them to run a variety of trick plays. One we’ve seen so far is a halfback pass where Baker Mayfield hands the ball off to one of the backs going one direction and then leaks out to the opposite side of the field for a pass. Unfortunately, when the Browns ran this against the Falcons, the pass was intercepted, but it still shows the creativity that can be run from this formation. Another creative play we’ve seen the Browns run out of this formation is an option play with two of the running backs. We saw Duke Johnson attempt this when he pitched the ball to Nick Chubb while getting tackled. The pitch didn’t result in many yards, but the play itself showed just how the Browns can execute a variation of run plays out of this formation. The creativeness of play calls that can be run out of the three running back formation allows for the Browns to conjure up some trick plays to get them some big yardage a couple times per game.

Freddie Kitchens has been the difference maker in the resurgence of the Cleveland Browns offense. He has taken advantage of the strengths of his playmakers by calling plays that best suit them. The slant-flat concept is the best example of this and it has shown to be successful for the team on numerous occasions. Not only has Kitchens’ play calling been beneficial, but the new three running back formation that he has implemented caused havoc for the Falcons defense. With so much variety coupled with the creativity of play calling, this formation will keep opposing defenses on their toes and allow the Browns to create big-play opportunities. I’m excited to see what else Freddie Kitchens has up his sleeve. The Browns have a bye this week, so that should give Freddie Kitchens enough time to come up with a new wrinkle for this Cleveland Browns offense before they take on the Cincinnati Bengals. 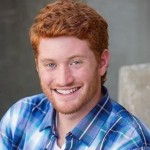