For the Indians, there was not a lot to celebrate this year. The Tribe squandered its late hope for a playoff berth, and the season was an overall disappointment for the fans and the players.

However, there were some bright spots throughout the year. The Tribe had fantastic pitching, and finally got the left side of the infield on track. One of the highlights of that left side was the young rookie superstar shortstop, Francisco Lindor.

Lindor not only led the team (unofficially) in batting average at .313, but through just 99 games he slammed 12 home runs and earned 51 RBI along with 50 runs.

Lindor’s stellar hitting and his excellent defense makes a case for him to be AL Rookie of the Year. Among other rookies, Lindor is leading in average (.313), third in homers (12, 22 leader), and third in RBI (51, 68 leader).

Lindor not only has some of the top rookie stats, but he is also one of the youngest players at 21 years old. Not only is he young, but he already plays the game like he is a seasoned veteran. Lindor can cover the SS position unlike any other rookie and possibly, for the time he played, any other player at that position. He was also one of the Indians’ main contributors in the 99 games that he played in. When Lindor joined the team in the beginning of June, he helped the team win 51 games after being called up.

Not only was Lindor fantastic offensively, but he was great on defense.  Lindor continued to make highlight after highlight on defense, stopping balls that seem unreachable and throwing out guys on difficult plays. He posted a .973 FP and only had 10 errors through the 99 games he played. Though that seems like a lot, compare that to Derek Jeter’s 22 errors in his first full season.

Francisco Lindor has not only exceeded expectations of the Indians organization, but the entire league. He has posted some of the best numbers through just 99 games, and has shown charisma and fun that the city of Cleveland frankly needs in a baseball season like the one they just had.

The Indians were not only a better team with him contributing, but they also had a better feel and look poised to have an exciting future. Lindor proved himself to be a future All-Star, and possibly what the Tribe needs to get them over the AL Central hump they have desperately tried to jump over the past eight years. 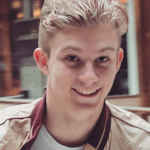