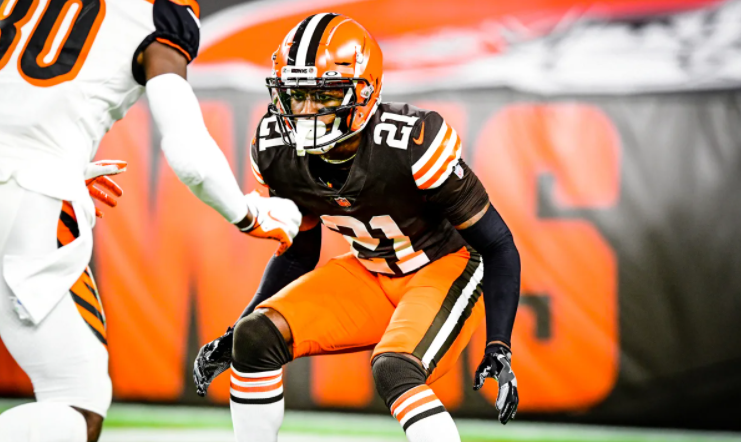 Move on or sign Baker Mayfield and Denzel Ward

It really has been interesting to try and figure out what the Browns organization and specifically Andrew Berry are up to with both Mayfield and Ward. They both were drafted in 2018 ahead of Berry’s arrival. Both players look like they are playing out their rookie contracts. That’s not totally shocking. Both were given their fifth-season option. Ward is due $13 million and Mayfield close to $19 million.

But why is the organization letting things play out? Do they not believe in these two players long-term? Ward has had a history of injury and being a game-day decision often. Mayfield was a walking injury this year. Mayfield now will have his surgery this week and hopefully, be able to recover before training camp.

To the organization’s logic, at this point trying to sign either player at this juncture might go against the team’s best interest especially financially.

I’ve been on the record previously that signing Mayfield long-term to a new deal would be the best plan. However, I’ve had more reservations after seeing how this season played out. Those that are continually bringing up the injury bug affecting Mayfield and thus the lackluster performances on Sunday are missing the bigger problem with Mayfield.

The Browns quarterback has always played the game with a chip on his shoulder. The mental side of things can affect all that physical side of things even more. The footwork, the being able to scan the field and make good decisions with the football, and his decision to not tackle a defensive cornerback who just intercepted your pass are all at the mercy of your mental state. Mayfield’s biggest flaw is what he has going on up in his mind and it has, at different stages of his career affected his judgment and hurt the team that he plays for.

The good news is that those flaws can be corrected but at the moment they’re still hindering his play.

Whatever Bery and Browns do this offseason they have to go forward with a goal in mind. If they don’t want Mayfield or Ward signed long-term, then so be it but stick to it. I don’t believe the team will sign either this offseason and very possibly let them walk after next season, barring a Super Bowl appearance.