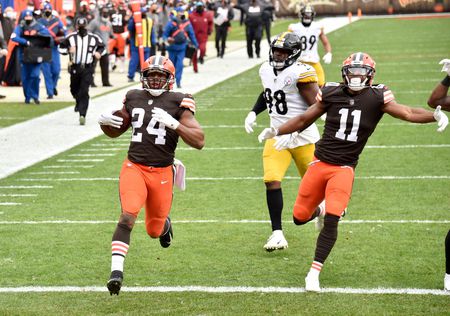 The Cleveland Browns are preparing for an important 2022 season for a variety of reasons. They have a new quarterback Deshaun Watson, but we are all waiting to find out if he gets suspended from games because of his off-the-field issues. While Watson could be facing a lengthy suspension, he could also appeal any type of punishment by the league and still play. For this article though we will not share any expectations involving Watson because we still don’t have any definitive information yet.

Outside of Watson, there are several more reasons to be excited about the possibilities of the year. The Browns coach Kevin Stefanski is entering year No. 3 and he will be under the microscope even more. This is an important season for the coach, but I get the feeling that he will produce and fans will be happy in the end. After he had an inaugural season to remember getting that 2020 team to the playoffs with an 11-5 season, his team struggled more than a year ago.

The Browns traded for All-Pro wide receiver Amari Cooper and he will get a lot of attention this season. The expectations will be high. The Browns also were able to bring back a few free agents that played for them last season including DE Jadeveon Clowney, linebacker Anthony Walker and safety Ronnie Harrison. They brought in a new DE in Chase Winovich from the New England Patriots and also got Grant in free agency to return kick and punt returns.

So there is much to be excited about for Browns fans. Let’s look at a few specific predictions for the team and its players as they look to start the 2022 season. It’s still over two months till that opening kickoff at the Carolina Panthers but it’s never too early to start getting excited about the possibilities.