4. The Browns Were Amazing This Past Year 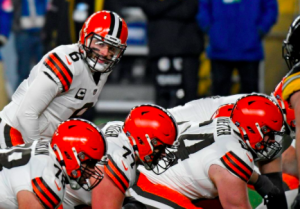 As mentioned in the #2 tab, Browns fans didn’t have a lot to celebrate before this season. It’s almost like the Cavs, who were usually great and the Browns, typically horrible, swapped places for Cleveland fans. Now it’s the amazing Browns and lowly Cavs. Who would’ve ever thought? Fans are excited for football season when the Super Bowl just happened. Can’t blame them, either. The Browns went 11-5 and won a playoff game over the Steelers this past year!