The Browns head to Pittsburgh looking to go 5-1 for the first time since 1994, but there is so much more on the line. It’s a game that could leave either team first in the AFC North, it will have a major impact on the AFC playoff picture and with a Browns win, they will stake their claim that they are contenders. Pittsburgh heads into this game being 4-0 and leading the AFC North. However, there are many questions about how strong the Steelers are as they are yet to play a team that has multiple wins this season. Whoever wins this week will show that they are for real; the loser will have to answer questions regarding the true strength of their team. Here are five keys to a Browns win! 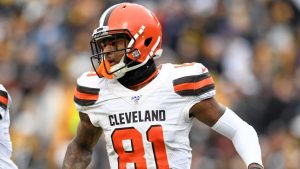 WR Rashard Higgins caught his first touchdown of the season last week, but he will possibly need to have a bigger role this week. Beckham has an illness (will play), but it’s not COVID-19, while Landry has a hip and rib injury. While both should play, if Higgins is able to rekindle the connection that he and QB Baker Mayfield had in 2018, it will be a big help towards breaking down the Steelers defense, which is third in yards allowed and has a league-leading 20 sacks. This number becomes even more impressive when you consider that the Steelers have only played four games, while most teams have played five.

Without OBJ: When a Team Can Prepare – It’s Different