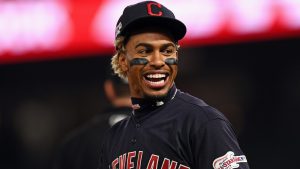 The New York Mets made big moves in the offseason, the biggest one being the addition of star shortstop Francisco Lindor. On Wednesday, March 31, the Mets signed Lindor to a 10 year, 341 million dollar deal. While there was a large amount of excitement amongst Mets fans for the new season, there are still some holes in the Mets team. Besides Jacob deGrom, the Mets do not have a solid second option. Marcus Stroman isn’t terrible, but pitching is certainly a weakness, especially for the fifth starter, who hasn’t been decided yet. The Mets’ path to the playoffs is made more difficult by the fact that the NL East might have the most decent teams in all of baseball. The Braves were one game from making the World Series, the Marlins made the NLDS last season, the Nationals won the World Series in 2019 and the Phillies have a very talented lineup, though they have struggled for pitching. The Mets certainly have the talent to make the playoffs, but a difficult division could be the difference.