Draft Consultant Scot McCloughan said Baker was his top QB months ago before joining the Browns staff. Both he and Dorsey have compared Mayfield to Brett Favre whom they both greatly respect and have worked with. They also brought in Tyrod Taylor and Drew Stanton, under-sized QB’s who have started and won football games in this league. Tyrod is a perfectly adequate starting QB for the foreseeable future until Baker takes over with all the confidence in the world he has in himself. Stanton can be his maturity and assist in his QB development.

The Bills hand over their package of first round picks, including next year’s in order to move up to the Browns’ number four selection overall to take their future franchise QB.

The Browns take advantage of the Colts’ needs for more picks and hand them the #12 overall selection they traded the Bills for (as well as some later round picks). They hold #1 overall, #6 overall and #22 overall after the trades. Chubb would have been the choice at #4 anyway but the Browns maneuver to get three first round picks creatively here to land their top DE at #6. Line him up opposite Garrett and get yourself an elite pass rush.

The Colts hold more than enough draft capital after the trade with the Browns to move back up with the Seahawks who need more picks themselves in this draft. After losing Frank Gore, they snag Derrius Guice to fill their RB needs.

Trust the board! McGlinchey, a great addition to the line and a great help with Joe Thomas retiring is selected with the Browns third pick of the first round. The line is now set once again. The Browns get their QB, stack their pass rush and snag their left tackle for the future. 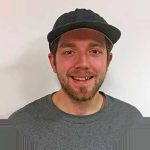 Learn About The Browns’ Late-Round Picks