What is happening in Miami is wrong and it can happen to any fan base.

Before I go one just remove Miami from the picture, replace it with any sports team you want because most Cleveland fans are still bitter about the ’97 World Series or LeBron decision it doesn’t make what is happening any more right.

The Marlins are a freshly-bought team Major League Baseball deemed fit to run. The Marlins are about as dysfunctional as a franchise can get. Despite their two World Series, which still shocks me to this day, the Marlins spent years being absolutely screwed by their previous owner, Jeffrey Loria. Loria is the definition of a scumbag. He went so far as to sue season ticket holders.

Loria sold to businessman Bruce Sherman who brought along Derek Jeter to help run the baseball side of things.

Jeter swindled his way into this group by getting hooked up by Major League Baseball. He owns 4% of the franchise, putting in only 25 million. That 25 million will be restored to Jeter over the next 5 years as the Marlins will pay him 5 million a year to oversee baseball operations.

What a joke!!! Jeter gets to own a baseball team coming at the cost of nothing. If the team profits, he profits. If the team doesn’t, he will be fine and likely lose a very minimill amount of money.

The new owner group is tearing this team apart. They traded Giancarlo Stanton for nothing, they traded Dee Gordon for a few prospects, they are trading Marcell Ozuna for some prospects…big bleepin whoop!

Why are they making all these moves? Because the team isn’t affordable supposedly. So if the new group couldn’t afford the team, why were they allowed to purchase?

In a sport like baseball that needs help growing in popularity, why would Rob Manfred allow a group to buy a team that they are going to tear apart and accept being irrelevant for the next five years?

You want to trade Stanton? Fine, do it! That contract was ridiculous and I understand why you want to unload it despite him being the NL MVP, but get something in return. Don’t choose Starlin Castro as the main piece because it was the most affordable.

How come MLB allowed Jeter to swindle his way into this group when the only way he could afford it was to put in a small portion that he would just get back over the next five years?

The Marlins will get the joy of fielding a minor league team with zero prospects to look forward too, while Jeter gets to cozy up in his five million a year contract.

Some of you may be asking, why should I care about the Miami bleepin Marlins!!??

My answer is because this could happen to any fan base!!!

The fans get the short end of the stick a lot of times. Actually, most of the time. If the city doesn’t grant your tax dollars to the team for a new stadium renovation or a new stadium period, the team sues the city or even moves.

Unfortunately, Cleveland knows about that.

A team spends years raising prospects through farm systems or the draft, they sell jerseys with their names on it. You get attached and you buy tickets to take your family and you schedule your weekends around kick off, first pitch and opening tip.

But, as soon as it comes time to pay players more than what they are willing to pay, the first reaction is to screw the customer.  Despite your tax dollars going towards that new stadium downtown )that could go towards local schools or highways) it was to build a nice ballpark/arena to make your team a brighter destination. It is going to bring in all this money and they want you to come down and enjoy it.

Miami was told this exact same thing. They were told all that if they were granted the use of public money that the days of tear down and start over were done with.

Now, Miami is stuck with nothing but a crummy baseball team playing in a tax-dollar-funded stadium.

Does sitting back accepting losing and watching dysfunction sound familiar?

We have all had to deal with it.

Miami is just a product of what can happen to any team. All it takes is an a few billionaires to sweet talk their way into owning sports team they truly can’t afford.  Or, all it takes is for someone to take over a team they truly don’t care about. Similar to the Lerner family and the Browns.

You don’t need to sympathize with Miami, that isn’t the point of this piece. The point of this is to know how sketchy this all went down and makes you wonder what could happen in the future. 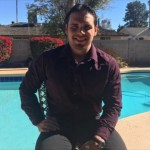