The Browns addressed secondary concerns in free agency signing Demarious Randall, T.J. Carrie, and Terrance Mitchell. However, with five picks in the top-64 selections in this year’s draft, the Browns should continue to improve the secondary unit with young talent.

One prospect that I would love to see in a Brown’s uniform is Louisville’s Jaire Alexander. He was considered a top-10 selection among draft pundits after his breakout sophomore campaign in 2016. However, his draft hype has faded after suffering an ankle/lower leg injury in the first game of the 2017 season against Purdue forcing him to miss six games. He didn’t appear to fully recover from the injury, but to his credit, he showed toughness suiting up the final three regular-season games, although he wasn’t at full health.

Jaire Alexander is an elite athlete. That was displayed at this year’s NFL combine. Pre-Combine rankings pegged him as a Day 2 prospect due to injury concerns. Well, his combine performance silenced any doubters and most certainly will have NFL teams re-visiting his tape as he may be the best CB prospect when fully healthy. He ran a 4.38, 40-time and tested high in agility/acceleration drills, an important metric when evaluating physical scores for a CB.

His performance in the Combine drills translates to in game situations – notice as Alexander’s athletic ability shines on tape. He leverages his athleticism in coverage and displays awareness where his help is. His quick feet and fluid hips allow him to mirror the receiver while keeping his eyes in the backfield on the QB. He displays NFL-level quickness and acceleration to cover ground when trailing a receiver and is aggressive in breaking up pass/punching ball out. He likes to jam receivers at the LOS and shows zero hesitation as open field tackler. Simply put, there are not many weak spots in Jaire Alexander’s game. His biggest knock is his size and frame; however, there were many instances of him lining up against taller/bigger receivers.

His sophomore season (’16) tape is by far his best. One game that stands out among the rest is the Clemson game against Deshaun Watson and the Clemson Tigers. He lined up opposite Mike Willams on several occasions and held his own tallying two INTs and a forced fumble. He regularly covered Mike Willams, the 7th pick in 2017 draft, who is 4-5 in. taller and 25 lbs. heavier. He also lined up against Deon Cain, a 2018 draftee whose strength and speed that Alexander could match. This game is proof, when healthy, that he is highly capable of covering NFL caliber wide receivers and more importantly makes impact plays.

He will make an impact for a NFL team. It depends on if a team is willing to take a chance on his medicals in Round 1. There is no doubt he is Round 1 talent when healthy. Hopefully, the Browns have an opportunity to select him Day 2. 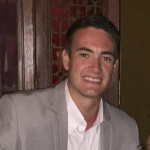