Arden Key is a 6’6” 265 lb. athletic and flexible defensive end out of Louisiana State University. Last year, he was thought to be a top-five pick, but now he’s thought of as a late-first early-second-round prospect. Largely, this is due to a bad 2017 season; he left the program in the spring for “personal reasons” returning in the summer and then he had shoulder surgery in the offseason.

Following that he missed some time during the season with a finger injury leaving him only to start eight games in 2017 and the games he did start, he lacked the explosion we saw in 2016. Key is a true pass rusher and can rush the passer inside and out, but he struggles in run defense and this is what is the biggest worry about Key.

The Cleveland Browns have two picks in the early second right where Key is expected to go. With this being said, I do not believe the Browns will draft Key because of the fact that they believe in their young defensive ends in Myles Garrett, Emmanuel Ogbah and Carl Nassib. If they did draft Key, I think he could have a role in the Browns defense. Gregg Williams loves to blitz and Arden Key could be plugged into rush packages on the opposite side of Myles Garrett or even next to him on the inside depending on what Gregg Williams wants to do. If Key is drafted by the Browns get ready for a great edge rush to go great with Gregg Williams’ defense. 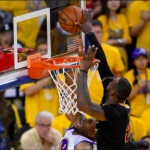