The Cleveland Browns have extended running back Kareem Hunt! The deal is two years for $13.25 million and $8.5 million is guaranteed money. This keeps Hunt in a Browns uniform for the next three seasons (through 2022).

What an exciting backfield the Browns have in Nick Chubb and Hunt. It’s a 1-2 punch like Rocky Balboa in the 15th round ready to take on the opposition!

Last season, the 25-year-old standing at 5’11 and weighing 215 pounds, played in eight games (suspended eight for domestic violence incident), 43 total rushes that amounted to 179 yards and two touchdowns. Additionally, 37 receptions for 285 yards and a single receiving touchdown. In the two years prior with the Kansas City Chiefs, Hunt combined for 2,151 rushing yards and 15 touchdowns.

Out of Toledo and drafted in the 3rd round (pick 85) by KC, the man is capable of being a force for this Cleveland offense.

While there won’t be many fans in First Energy Stadium for this upcoming season, Clevelanders that are prepared to watch this year at home have to be happy with this extension by the front office. General manager Andrew Berry continues to impress with the work done. 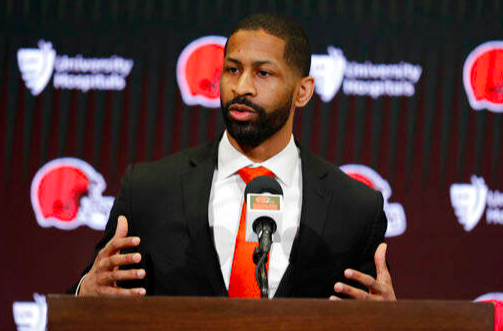 This upcoming Sunday, the Browns begin the season in Baltimore against the Ravens. It will be interesting to see how head coach Kevin Stefanski and the new coaching staff use the two powerful running backs in various ways to take down the opposing defense. It is going to be a tough task to face the Browns if Chubb and Hunt can cohesively work together to move the ball consistently.

Congratulations to Kareem. Make the most of it!