The Indians are sitting comfortably atop the American League’s Central Division as they eclipse the halfway mark of the season. Even with an 11.5 game lead over Detroit, there are many who believe the Indians are underperforming this year. After finishing first in the AL last season with an impressive 102-60 record, there was little reason to believe the Indians would significantly regress after bringing back a very similar team. Until recently, the Indians have struggled with maintaining a .500 record, as the AL Central Division continues to provide the Indians with a great chunk of wins. Believe it or not, the road to the playoffs this time around is going to be much like what the 2017 Indians had to experience.

Where the Indians of past and present have gone separate ways has been through their pitching. The emergence of Trevor Bauer and Mike Clevinger as elite starters has brought down the 2018 starters’ ERA an entire run from last year. Replacement pitchers Adam Plutko and Shane Bieber have also filled in tremendously, combining for an 8-2 record.

Meanwhile, the 2018 bullpen has nosedived with an ERA of 5.24, up 2.43 runs from last year. The absence of Andrew Miller for much of this season has contributed to this regression, as well as the departure of Bryan Shaw and disappearance of consistent relief in the 7th and 8th inning. Cody Allen remains one of our most dependable relievers, but even he has noticed a dip in success this season. Ultimately, the bullpen has been the deciding factor in what has been a good, but not great overall pitching staff as the Indians had last season, but could easily be improved with trades and most importantly, time.

As we all know, the Indians went on an incredible winning streak last season beginning in late August that made everyone forget about their slow start to the season. If the Tribe is going to compete for the first seed once again, they may need to go on a similar run. Perhaps the best way to duplicate last year’s last season destruction is by re-creating an identity that they had last season. The offense is already more potent than last year’s and the starting pitching is as good as it can get when healthy. But, this bullpen needs more weapons. While Neil Ramirez has been great as of late, we don’t know what to expect from him in the postseason. The Tribe needs to move him to a 7th inning role in Miller’s absence and go for another proven righty like Shaw in the trade market. If the bullpen can have a sub-4.00 ERA for the second half of the season, taking 50 of the final 81 games suddenly becomes a very realistic goal and with a little magic may get them home field for the first round.

Terry Francona’s Indians have been used to slow starts the past few seasons, so the 5th-best record in the AL should not be a cause of alarm, especially in a weak AL Central. All it takes is one huge run to put the team in total control of the division and in contention for home field. While getting the playoffs should be goal #1, it’s not too early to start thinking about how the Indians can finish the regular season as dominantly as last year. 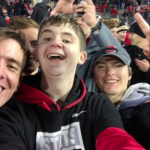 Reviewing the Five Former Indians on the Hall of Fame Ballot