This article will examine the linebacker position group for the 2021 Cleveland Browns. 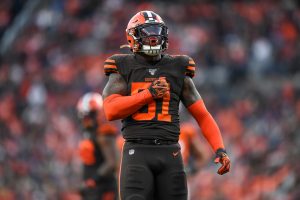 Drafted by the Browns in the fifth round of the 2019 NFL draft. For his Browns career, he’s had 121 tackles, 81 solo, 40 assisted and one sack. In 2020 Mack played his best in the fourth quarter and in games when the margin of victory was seven points or less (8 games). In the fourth quarter he had 12 tackles, six solo and six assisted. In close games he had 25 tackles, 15 solo and 10 assisted. 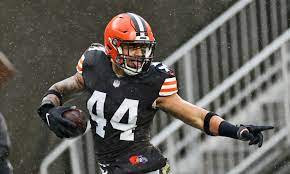 Drafted by the Browns in the third round of the 2019 NFL draft. For his Browns career, he has 84 tackles, 51 solo, 33 assisted and one sack. Has an impressive Pro Football Focus run-stopping grade of 86.3. Finished 2020 as the fifth-best linebacker against the run. In 2020 he played well when the Browns were ahead recording 34 tackles, 19 solo, 15 assisted with one sack. He also played well in the third quarter recording 22 tackles, 11 solo and 11 assisted. 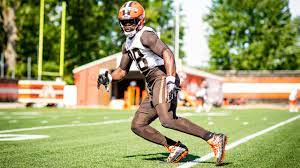 Malcolm Smith, Jeremiah Owusu-Koramoah, Tony Fields, II. Smith, a former Super Bowl MVP, provides veteran depth. He is a top ten linebacker as a coverage linebacker. Owusu-Koramoah was the steal of the 2021 NFL draft. He has speed, explosiveness and agility. Could play both linebacker and safety. Very physical. Fields led West Virginia in tackles last year. Very fast, ran a 4.63 in the 40 and agile. Good special teams player.

As the Browns enter the 2021 season, this position group carries the biggest question mark. PFF rated them as the 27th ranked NFL linebacker group going into 2021. Anthony Walker has taken over as the leader of this group and the Browns defense, but the key to the linebacker position group is JOK. The defensive coordinator needs to use him wisely and not put too much on the rookie too soon.

How did NFL impact the world of Sports Betting

The Browns Won On Sunday…Right? Right?