This article will examine the defensive line position group for the 2021 Cleveland Browns.

Drafted by the Browns first overall in the 2017 NFL draft. In 2020, Garrett had an overall Pro Football Focus grade of 89.5. He forced four fumbles and had 13 sacks. Both tied him for third in the league. Garrett grades in the 98th percentile with a PFF pass rushing grade. For his Browns career he has 152 tackles, 107 solo, 45 assisted and 42.5 sacks. In 2020, when the Browns were ahead in a game, Garrett had 23 tackles, 18 solo, five assisted and seven sacks. In games with a seven-point margin or less ( seven games), Garrett had 23 tackles, 16 solo, seven assisted and 5.5 sacks. PFF ranked him as the fourth-best edge defender in 2020. 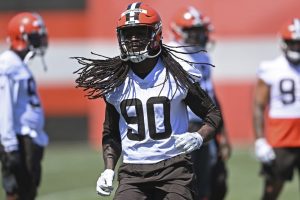 Drafted by the Houston Texans first overall in the 2014 NFL Draft. Signed as a free agent by the Browns on April 14, 2021. According to PFF, Clowney has been in the 95th percentile as a run defender since 2014. In 2018 and 2019 he had PFF pass rushing grades of 75.0 or higher for the first time in his NFL career. For his career he has 255 tackles, 186 solo, 69 assisted and 32 sacks. In 2020, he played his best in the fourth quarter where he had six tackles, four solo and two assisted. In games with a point margin of seven points or less (five games), he had 12 tackles, eight solo and four assisted. PFF ranked him as the 20th best edge defender in the NFL. 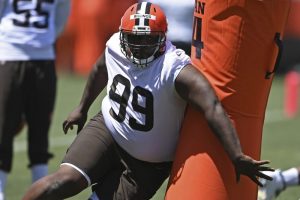 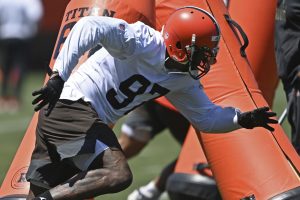 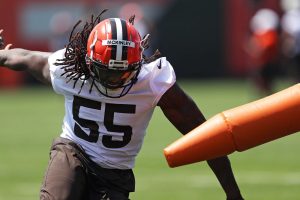 DE Takk McKinley, DE Joe Jackson, DT Jordan Elliot, DT Malik McDowell, DT Tommy Togiai. McKinley is a former first-round pick whose best year was his rookie year. The Browns tried to add him to the team five times last year. Jackson, Elliot and McDowell won their roster spots during training camp and in pre-season games. All three out played the competition. McDowell is an amazing story of perseverance having not played football in five years. Togiai had his problems during the pre-season, but has the skillset to be a valuable contributor by season’s end.

The defensive line group has the experience and youth to be dominant. Health will be determining factor. The versatility of the players will allow defensive coordinator Joe Wood to have both a diverse run stopping and pass rushing scheme.