Ohio—A state filled with cities where their best years have long passed them by. If for some reason you don’t know what life is like in an often-forgotten mid-western city, located in a state whose greatest accomplishment is shucking corn to the rest of the country, you could ask mostly anyone and they would likely all provide similar answers. You could ask someone from Florida, California, or New York and probably hear the same things over and over. You should see for yourself, or I could just tell you what they’d say.

They’ll rave about our bone-chilling winters and factories with smoke pouring from their stacks so thick that it covers the city’s skyline. They might even mention our world-famous burning rivers, or poke fun at us because our professional sports teams are better served being remembered from their successes in a time before the internet was even a dream.

They might tell you about the once flourishing “Queen City,” now more commonly referred to as Cincinnati and how their once thriving city is now most famous for their bowls of Skyline Chili. They could talk about Toledo and their world-renowned glass industry. If they’re well versed, they might even be able to explain the irony of glass’ main ingredient, silicon, being the greatest downfall of the city because of the technological-revolution. Once in a blue moon they might even mention Dayton, or even Youngstown.

What will they say about Columbus?

A progressive and up-scale city, Columbus doesn’t relate to its distant cousins much at all. In fact, many would say it doesn’t belong in Ohio; with its growing business district, bustling night life, a successful and entertaining hockey team in the Blue Jackets, and not to mention one of the greatest universities in the world (some would correct me and say THE greatest university in the world), The Ohio State University.

A perennial athletic powerhouse that has been home to some of the greatest athletes in history, Ohio State is a blue-blood program. Archie Griffin, the only two-time Heisman trophy winner in college football history, Jesse Owens, a transcendent African-American track and field athlete who will be remembered as the most celebrated Olympian of all time, and even Jack Nicklaus, who is widely regarded as the best golfer to ever live, all formerly called Columbus home.

A place to live as good as any.

Say you were to ask them what it’s like in the fall.  Have they been to Columbus in the fall? There’s a certain buzz you feel in Columbus during those cool, fall days. They know that buzz. They feel that buzz all the time down in Baton Rouge, Gainesville, or even Norman. They can relate to Columbus; Saturday is a day for college football. Those Saturday afternoons, the streets run rampant with Ohio State fans dressed in Buckeye attire. Just like Baton Rouge or Gainesville, the team colors flow through the city streets. Those southern people know; they know a good city when they see one. Columbus is just like the place they went to school, an up-scale college city where most of the college graduates relocate to find a job. To them it’s perfect; a white-collar city that lives for college football. The only difference is that Columbus’ streets flow red, like blood flowing through the city’s veins. To them, they would say Columbus is the heart of Ohio, but they’re not from Ohio.

If you travel 140 miles North and slightly East, you’ll eventually reach the lowly city of Cleveland. Formally an economic and athletic powerhouse, the reputation of Cleveland has only lessened in the last 20 years. A city where nothing gold can stay. They could tell you how Ohio was once known for their steel and transportation industries, and how Cleveland’s sports teams all emulated what it meant to be a Clevelander but has since deteriorated.

They could tell you all about our sports teams during the city’s golden age. From the Browns of the 1940’s, 50’s, 60’s and 80’s to the Cavs and their successful runs in the 70’s and 90’s, and of course the Indians’ dominance throughout the 90’s, Cleveland had a hell of a 20th century. The same can’t be said about the beginning of the new millennium.

They’ll surely mention our football team being sold before the beginning of 2000, and since their return, the Browns have been historically bad; so bad that some might consider them the worst franchise in sports. The Cavaliers were so dysfunctional at the beginning of the 21st century that we were fortunate enough to draft the greatest basketball player ever. Even after four consecutive finals appearances and a historic championship run after being down 3-1 against an all-time great Golden State Warriors team, one that ended our storied championship drought, he decided that the grass was greener on the other side. For the second time. Speaking of 3-1 leads, the Indians have just so happened to blow two of them in a 10-year span, negating one world series championship and likely another one as well. The last 20 years haven’t been easy.

What makes Cleveland so great is not the things it provides, but what the people in it embody. A blue-collar city still getting on its feet after the great recession, Cleveland’s sports teams follow in its footsteps.

From the four consecutive finals appearances, to the meteoric rise of Francisco Lindor and Jose Ramirez and by God finally radiating to the Browns’ future mega-stars in Baker Mayfield, Myles Garrett and Denzel Ward, our city is in good hands. Regardless of what the rest of the world thinks, when we think of Cleveland, we think of home. We see a city that oozes character and passion. We see a city built by hard-working, blue-collared individuals who aren’t afraid to get their hands dirty. We see a city that fully embraces their sports teams; one that strives for greatness, rallies together, and might, on occasion, be described as dangerous. Our franchises are storied, and our people are as loyal as they come.

Cleveland encompasses everything it means to be an Ohioan. There’s something so captivating about a city that can’t seem to win. Each win means more, every winning season is more exciting, and every championship is that much sweeter. No other Ohio cities can say that. When Baker Mayfield said, “Ride with me Cleveland”, he meant it. Don’t get caught looking back into the past, because the ride will take off quicker than you’d think.

The heart of Ohio is re-emerging. Cleveland is coming. 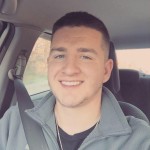