While the Cleveland Cavaliers are currently working out in Los Angeles this week for the upcoming NBA season, a tradition started by Cavaliers legend LeBron James in 2016, breaking news broke out of nowhere. 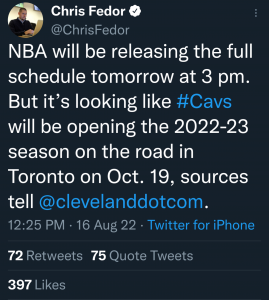 According to Cleveland Cavaliers reporter Chris Fedor via twitter, Fedor states that “it’s looking like #Cavs will be opening the 2022-23 season on the road in Toronto on Oct. 19.” 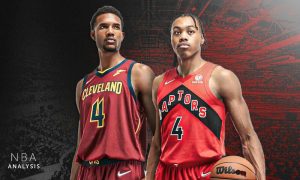 This first game sets up a clear matchup between last year’s rookie of the year contenders, Cavaliers’ Evan Mobley and Raptors’ Scottie Barnes, with Barnes winning the rookie of the year award for Toronto in the 2021-2022 NBA season. 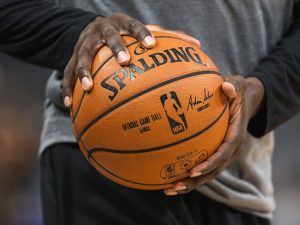 With the Cleveland Cavaliers franchise ready for more basketball action in the near future, expect fireworks this season as the team has serious title aspirations with a revamped roster going forward.