The Browns won their final game of the preseason over the Detroit Lions, 20-16. The game was one final shot for the players battling for a roster spot to try and prove their worth.

After looking fantastic on special teams just last week, the Browns gave up long return after long return while fumbling on four of their own returns this week, which will definitely need to be addressed. However, they were able to overcome that and continually make plays on both sides of the ball that led to the win. There were absolutely some bright spots in this otherwise punt-filled game, though, which is always a great thing to see. With roster cuts coming up, the few players that shined one last time strengthened their case for a NFL roster spot.

This guy is just an absolute monster in the middle of the defense! Throughout the entire preseason, he’s been a force, and he has proven time and time again that he belongs on the roster. Devaroe has earned rightful praise from the coaching staff, fans, and commentators because he’s been outstanding. He’s quite possibly been the preseason MVP for the Browns at a position where the team was so desperate for depth behind starters Larry Ogunjobi and Sheldon Richardson. Look for Devaroe to be the primary backup at DT from here on out. He should be given some rotational reps at the position for how consistently dominant and unblockable he’s been all preseason. 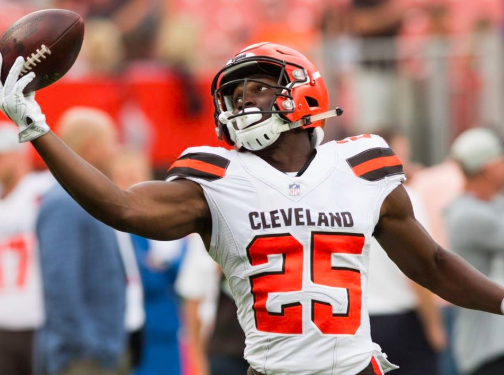 Dontrell Hilliard was a guy that a lot of people were expecting to flash breakout potential this preseason. He was a large part of the reason the Browns were willing to deal Duke Johnson, but he’s been less-than-impressive up this point. Finally, he showed some potential in the final week both in the run and pass game. He ran 12 times for 65 yards and he caught two passes for 13 yards and a touchdown. He’ll certainly be relied on mostly in the receiving game more than the run game, which will be dominated by Nick Chubb, but it’s great to see production in both facets by the second-year player. Fans will be clamoring for a productive year out of Hilliard in wake of the Duke Johnson trade, so hopefully this is a sign that he will be ready to fill in some sizable shoes as a secondary threat out of the backfield to Chubb. 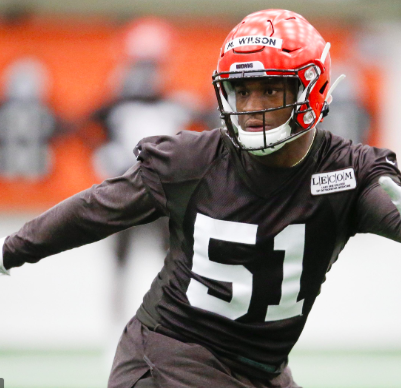 If Devaroe Lawrence isn’t the Browns Preseason MVP, then Mack Wilson is the only other option. Like Lawrence, Mack Wilson played out of his mind all preseason. Mack Wilson showed a ton of progress this week in perhaps his weakest area as a player, shedding blocks/run defending. Throughout the preseason, Wilson displayed loads of potential that jumped off the screen, but this week was quite possibly the best sign yet because it showed real development. If Mack Wilson continues to make strides like he has so far, he could be one of the better linebackers in the league. Fans should be excited to keep a close eye on his development throughout the season, but there’s no reason to rush him along with two solid players in front of him in Christian Kirksey and Joe Schobert. 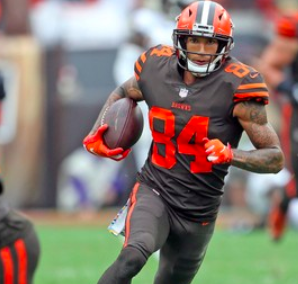 If someone looked at the stats from Week 4, Derrick Willies might not necessarily be a name that jumps out. However, the two catches he made for 46 yards were two of the better plays of the game. He displayed his strong hands on back-to-back catches. On the first, he ripped through the first defender and got a few extra yards after the catch and then on the very next play he caught a ball and got out of bounds. Both of those plays were crucial to the Garrett Gilbert-led touchdown drive to end the first half. Willies was already looking like a lock to make the roster with a strong offseason, but he’s proving that he might be a valuable weapon in both the red zone and in two-minute drill situations. Willies has all the tools to be a good NFL wide receiver, but he’s very raw, so he could benefit greatly from the extra reps he’s likely to get from Antonio Callaway being on the shelf for the first few weeks. 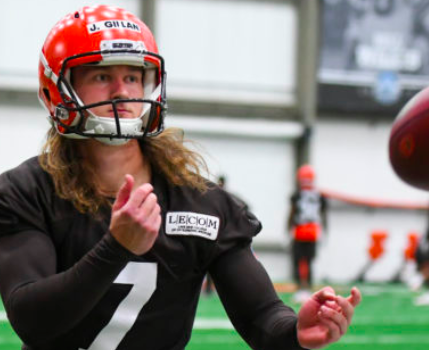 Austin Seibert and Jamie Gillan received all of the reps on kicks and punts and once again, they performed well. Seibert had another perfect day kicking the football going 2-2 on both field goals and extra points. Of course, he didn’t make any long kicks like last week, but he did his job and that’s all anyone can ask of the rookie kicker. At this point, it’s all but official that Austin Seibert has won the kicking competition over Greg Joseph, but he’ll have to continue to kick well in the regular season if he wants to keep the job.

Jamie “The Scottish Hammer” Gillan had a busy day with six punts where he continued to show off his big leg. And after thre punts inside the 20 last week, he had yet another punt inside the 20 this week proving that he can consistently pin teams deep in their own territory. Gillan also impressed with his tackling ability, which, hopefully won’t have to be relied on as much as it was against the Lions. Overall, Gillan has proved that he belongs on an NFL roster whether it’s in Cleveland or not, and I think there’s a good chance that either he or Britton Colquitt is traded for a late round pick before roster cuts are made.