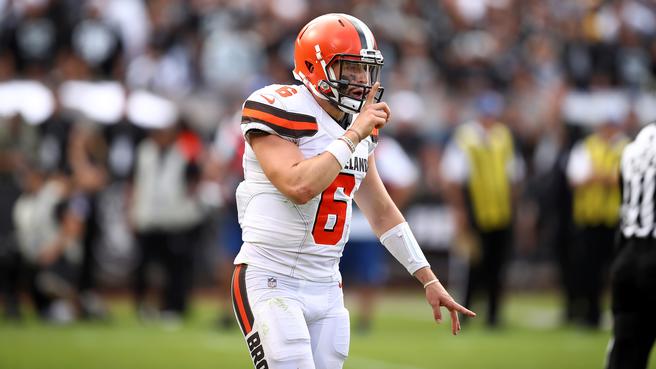 The Cleveland Browns start their new era drafting new talent to add to their future team around new starting quarterback Deshaun Watson this weekend as the 2022 NFL Draft gets started Thursday night out in Las Vegas. The team has several needs, especially on defense and the defensive line. Free-agent defensive end Jadeveon Clowney has still not said he was returning to the Browns but rumors out there suggest it’s just a matter of time before he re-signs. Nonetheless, the Browns will need to build up the line as if Clowney isn’t returning.

The Browns also have holes to fill on offense and the wide receiver room. With free-agent Jarvis Landry likely not returning and former diva, Odell Beckham Jr. released this past season the team will look for some new talent. Cleveland did trade for Amari Cooper from the Dallas Cowboys a few weeks ago and that will help stabilize the unit.

The other significant story that will likely dominate the news cycle will be the trading of the Browns’ former starting quarterback Baker Mayfield. If the trade doesn’t happen this weekend or a day or two after the draft I’d be shocked. The Browns want to part ways with Mayfield and this is the best time to trade him.

There are several teams with multiple first and second-round picks and in this mock draft; I have the Browns trading Mayfield to the Seattle Seahawks. The trade will involve the Browns moving up a few spots in the second round.

Here are the details of that trade:

So with that trade let’s look to see who the Browns select in the rest of the draft: