Back when I was younger, it was always the catchphrases that made Cleveland Sports so great. One of my favorites was that of the Cleveland Browns and their star cornerback Joe Haden. It was…

Simple. To the point. And…true.

In his 2010 rookie season in Cleveland, Haden had six interceptions and 18 passes defended. While Haden did end up playing the back half of his career in Pittsburgh, we will never forget his time here in Cleveland and the 19 interceptions he made.

Fast-forward to 2022 and a new star rookie cornerback is certainly developing in Martin Emerson Jr. He was picked out of Mississippi St. in the 3rd round (68th overall). These are highlights from Sunday’s game against QB Tom Brady and the Tampa Bay Bucs.

Watch below and see just how great this star played en route to a Browns’ victory.

.@Browns @MartyMargg1 played the single best game I have watched any CB play through 12 weeks in this season. And against the GOAT and his elite WR. @HailStateFB #BaldysBreakdowns pic.twitter.com/tXfuK9OQkW

This is what Browns head coach Kevin Stefanski said about the corner:

“One of the reasons we really liked him in the draft is a guy with that size who can run,” coach Kevin Stefanski said. “That is rare. Good height, good length, can win at the line of scrimmage and then can stay with the receivers down the field. He is a young player and getting better, but like that he is getting some really good reps and getting better each week.” Via: BrownsZone

Emerson does not have any interceptions on the season, but he does have 11 passes defended which is 5th overall. If this play continues, expect the rookie to snag a few picks in the coming games.

Moreover, Emerson has 41 tackles which shows his ability to make a play on either a run to the outside or a pass that has been caught.

Flashing back and CB Joe Haden was such a fun player to watch as a member of the Browns. We forgive him for moving on to the Steelers also. He served as that security blanket on the defensive against the best of the best quarterback and wideout combinations. 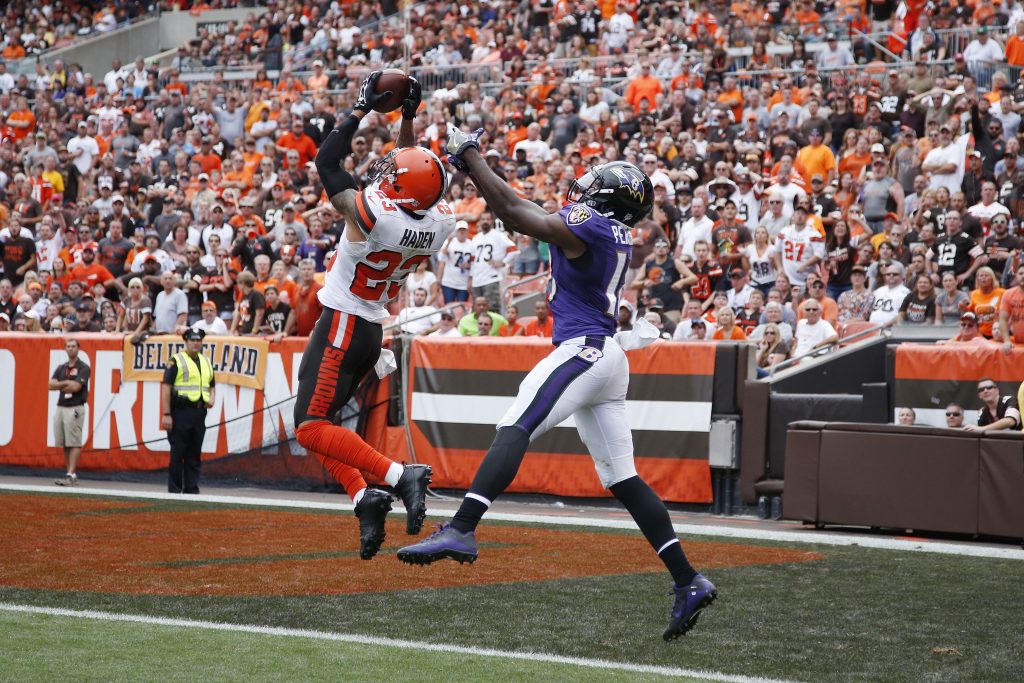 Now, it could be Emerson who becomes the next great cornerback and pass defender in Cleveland. Let’s wait and see how the rest of the year goes and watch as the progression continues to hopefully grow moving into next season as the QB DeShaun Watson Era begins in Cleveland on Sunday!

The next Joe Haden? We might’ve just found him here in The Land!