Kyrie Irving was happy in Cleveland and we still had LeBron James. It was a game against the then-defending champs, the San Antonio Spurs. Watching the highlights from this specific game on March 12, 2015, and Kyrie was zigging and zagging his way through the paint, finishing incredible layups. Then, he would step behind the line and drill three after three.

The Cavs would end up winning that game in overtime, 128-125. Kyrie finished with a whopping 57 points and LeBron had 31 of his own.

Another nuance of this game that is similar to the win on Thursday night is the fact that a great Spurs player missed two foul shots that would have essentially iced the game. In ’15, it was Kawhi Leonard that missed both and gave Kyrie the chance to tie the game at 110 with a three.

Fast-forward to the game on Thursday night and it is a different time for both teams. The Cavs came in as an extremely young team with a new coach and a 5-19 record. The Spurs still had legendary Coach Pop, but they had a poor record at 9-14. Thus, this game didn’t hold the same meaning of two title-contenders battling to see who is better at that point.

Kevin Love and Tristan Thompson are still on the team. The Cavs were coming off a game at home the night before where the team went toe-to-toe against a very good Houston Rockets squad but ended up losing that game by a score of 116-110. The team got into San Antonio at three in the morning and were expected to play that same night.

Well, Cleveland really did lead for most of the game. The Spurs outscored the Cavs 35-22 after the Wine & Gold led by 13. What happened this time is DeMar DeRozan clanked two foul shots with 14 seconds left in the game up three.

Sound familiar? From Leonard to DeRozan, there is something about great players unable to seal the deal in San Antonio against the Cavs.

This time, K Love was able to find the space and drill a three to send it to overtime. The Cavs would end up finding the rhythm and take the game, 117-109. 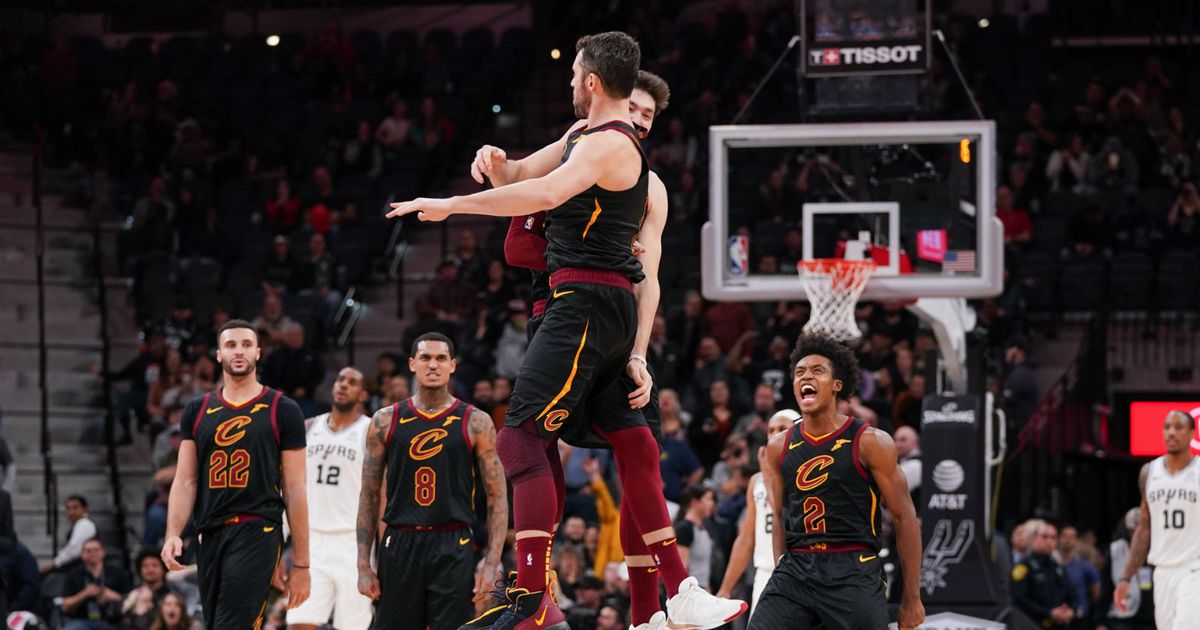 Sadly, the difference is this win snaps an eight-game losing streak. In 2015, the Cavs were 42-25 after the aforementioned win. Losing eight in a row was not a part of that team’s MO.

If Kevin Love, Tristan Thompson or others do end up getting traded this season, it would not be surprising if this is their last, or at least one of their best, signature wins as a member of the Wine & Gold in 2019.

Certainly, it was a good one to watch!

WATCH HIGHLIGHTS FROM BOTH GAMES BY CLICKING HERE!

Closest to a Playoff Win Here in 2020

Why Trading Corey Kluber was Premature and Shortsighted

Who is JB Bickerstaff?