I always felt something was off.

Cavs head coach John Beilein was a mighty fine college coach for many, many years. Sporting a 754–425 (.640) total record, I thought he was a great hire this past summer for a Cavs team looking to start improving after falling off in recent years. However, the players never listened to or respected the coach formerly with the Michigan Wolverines.

This reached a tipping point with a controversy when Beilein allegedly called the players “thugs” and not “slugs,” which is what he meant to say.

On Twitter: Cavaliers and John Beilein have discussed the possibility of him (Beilein) stepping down as coach during the NBA All-Star Break. No decision’s been reached. After signing a 5-year deal to leave Michigan, Beilein’s struggled w/ transition to NBA.

It’s certainly not easy to be the coach of a bad team. Hell, it’s not easy to watch a bad team, which is what all of us have had to do this entire season…

The Cavs are 14-40 this year and even with the addition of Andre Drummond, they aren’t going to compete for any type of playoff spot. Beilein did sign a longterm deal to become the coach in Cleveland.

I just wonder if this has anything to do with Cavs owner Dan Gilbert returning to work. Respect to the 58-year-old and what he had to go through after suffering a stroke, but the timing of this news is odd because of that happening as well.

One other reason that The Atlantic reported is the toll his son Patrick’s resignation as Niagara’s head coach has had on him.

“Just in watching some postgame (press conferences), he hasn’t looked like he’s happy there,” one Western Conference GM told SI.com. “I don’t know that for a fact, I am just watching from afar. But appearances can say a lot.” Via Sam Amico.

Likely J.B. Bickerstaff would take over as head coach if this actually happens. He’s been the head coach of the Memphis Grizzlies for a few years and an assistant elsewhere. Currently, he’s the associate head coach here in Cleveland. 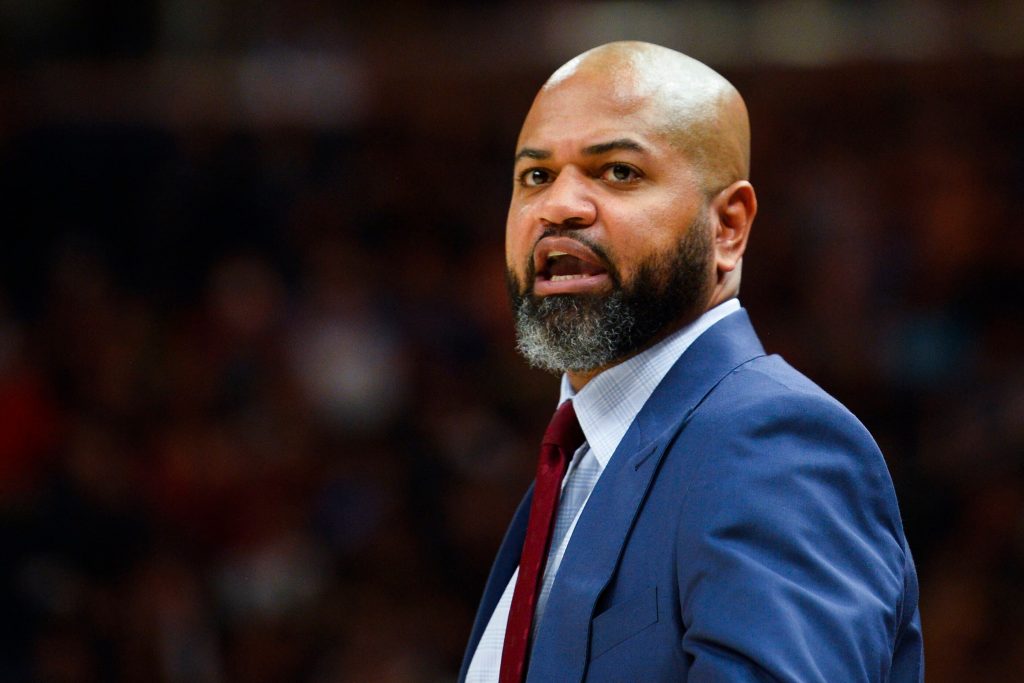 I’m not sure how the five-year contract will work money-wise if Beilein does leave. Frankly, it’s not like it would be any type of blow to the Cavs on the floor. This team has been absolutely awful this entire season. A fresh start at the head coaching spot could help.

Again, none of this is official yet. CST will keep you informed on this site and our Twitter/FB/Insta!