The Cleveland Cavaliers are in a particularly awkward position when it comes to the future construction of the roster. They’ve got young guys who, unless traded, won’t be leaving anytime soon, veterans on expiring contracts and guys who’ve signed long-term but might be on the chopping block. Since J.B. Bickerstaff took over as head coach, the team has played inspired basketball; they’ve looked sharper and more cohesive. Because of injury, the rotations have been spotty, but overall the “core” group has remained the same and they’ve shown promise.

So, does one attempt to keep this group together or does one use the bodies one has in order to secure assets that better prepare the team for the future? I know what I want them to do, but I’m not a GM. However, I think that we can all agree that there are some players on the roster who should be untouchable. Whether it’s because of potential (Kevin Porter Jr.) or because of the continued development of their game (Tristan Thompson & Larry Nance Jr.), there are a handful of players on this current roster that I believe the team needs to build around.

The Cavaliers front office has a lot to go over in the offseason, but I believe that this should be their core group. This isn’t to say that I don’t believe in guys like Kevin Love or Darius Garland, but I think that if the right situation presents itself, the Cavs need to make moves to add to that core. 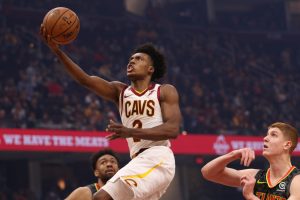 The Collin Sexton hate is real. But I like to go against the grain and this kid is a keeper. He’s shown that he’s a “first man in, last man out” kind of guy. That should mean a lot to Cavs fans because it means he’s continually working on his game and every season he’ll show us something new. Although the season isn’t up, it appears that he’ll be a consistent 40% shooter from the field and from behind the arc; the ladder being extremely important as he’s our starting two-guard. One of his two weaknesses honestly isn’t that surprising for a combo-guard and that’s passing/court awareness. He’s averaging 2.9 APG, which is far from spectacular, but again, he’s the SG (shooting-guard) and he’s actually shown progress as a leader on the floor.

Unfortunately, his teammates have a habit of not knocking down shots, which obviously makes it more difficult to accumulate those assists; his potential assists sit at 6.1 per game. That’s one hell of a difference, which is why I believe this team needs to surround the core with players that fit them better. Whether or not you’re a Sexton lover or you believe he needs to be the 6th man, Collin is the kind of player the Cavaliers need. His grit, energy and heart aren’t something you see in every player, especially not one his age. 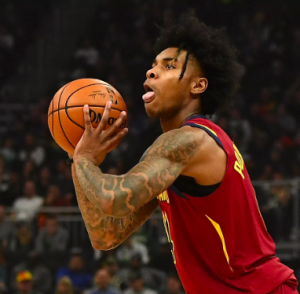 I feel like I don’t need to explain this one, but I will. It’s all potential with this kid. We’ve seen flashes. He’s had a 30-point game, which should be even more impressive when you take into account his post on Twitter from the previous game. It simply said “Rematch.” He then proceeded to take the game into his own hands. That’s the mentality of someone who can evaluate their shortcomings and will themselves to do better. He and Collin have the attitude and like Collin, Porter Jr. can score. He can get to the paint with ease and his jump-shot often looks good when it leaves his hands. He’s the kind of kid who needs an offseason to work on his game and when he’s back, everyone’s going to notice. Oh, and it’s rumored that he now stands at about 6’7”. 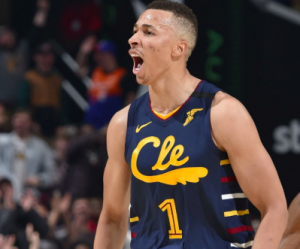 Dante has a ton of potential, but his health always seems to get in his way. He’s long, fast and athletic. He sees the floor fairly well and he can create his own shot. He’s not reliable enough to be a starter, but he’s a perfect backup point-guard because of his height. Darius Garland and Collin are both 6’2” and Dante stands at 6’6”. He won’t need to lead the team, he won’t be asked to do a ton, but he could be a valuable asset to a team that’s looking to change the locker room culture. 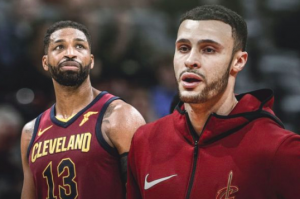 I put these two together because they’ve had very great years, especially Tristan. His leadership and relentlessness have won the Cavaliers a few games and to everyone’s surprise, he elevated his game. He’s actually looking for his shot and he has a decent looking three-point game. Could you rely on him to hit a game-winner, no, but that’s not what he has been or will ever be asked to do. He’s been given the space to play his game, rebound the ball, guard the 1-5 and score on easy baskets. While his numbers may not stand out, he’s the perfect kind of big for the future of Cavalier basketball.

So is Larry Nance Jr. What Tristan is, Larry could be so much more. He’s longer, more athletic and a much better shooter. His teammates and coaching staff have been trying to get him to shoot more and it appears as if he’s getting more comfortable with doing so. He’s a rebounder, he has decent handles for someone his size, allowing him to bring the ball up the court every now and then and he’s a vocal leader. While we don’t see it a lot, his court vision is excellent. 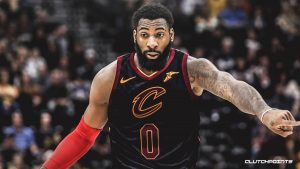 Andre Drummond is a 20/20 guy on any given night. The only thing that appears to be stopping him, minus being on subpar teams, is his attitude and motor. But if a guy can get you 20/20 on a lazy night, is he worth keeping? That’s what the Cavaliers have to decide. Come offseason he’ll have spent a fair amount of time with those in the locker room and front office, which should help him figure out if he wants to be here. If he does, you keep him. The only reason I have him as an asterisk is because of his expiring contract and the attitude he supposedly has. If they find a way to keep him on the roster his size, rebounding ability, and speed (for a big man) will aide in the development of the younger guards on the roster. 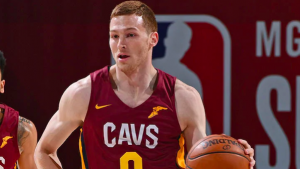 While Wade has seen minutes, although very few, Windler has been sidelined and we’ve yet to see what he can bring to the table. Because of their lack of minutes on the floor, I believe both players should continue to reserve a spot on next season’s roster. Both bring size and athleticism which is something this team needs to focus on. Out of the two, Windler has the higher ceiling because of his size and shooting ability. He can play SG (shooting-guard) or SF (small-forward) in smaller lineups, whereas Wade would be somewhat limited and probably won’t be a player that the Cavaliers run their offense through. In a league that’s trending towards smaller lineups, it’ll be pivotal for the Cavaliers to find ways to combat that and long, athletic big men would help tremendously.