Well, most people can at least agree that it’s between Michael Jordan and LeBron James. Yes, there are a few Kobe Bryant advocates and a couple of other ballers sprinkled in. However, deciding between Jordan and James proves to be difficult especially as LeBron now reaches the final years of his illustrious career.

The obvious factor that everyone loves to point out is Jordan is 6-0 in the finals and LeBron is 3-6. Admittedly, those six losses are definitely a stain for King James, but at least he got there a whopping nine times. Not having any losses looks really good for MJ. Though he did have three first-round eliminations and LeBron has zero and counting.

Both are at the apex of all-time greats. Picking one over the other may not be possible, but if it’s to be done here goes.

This is the case to be made for LeBron over Jordan. The things LeBron and his poor supporting casts did versus the competition he’s faced trumps the stellar record Jordan had in the finals and the domination of the 90s.

Just take a look back at some of the teams LeBron played on as a member of the Cavaliers during the first seven years of his career in the NBA. Even getting to the finals in 2007 is extremely impressive with the players surrounding him that season.

The following is taken from a ForTheWin USA Today Sports article comparing the two, statistically: 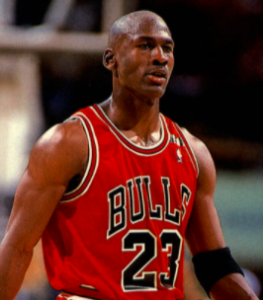 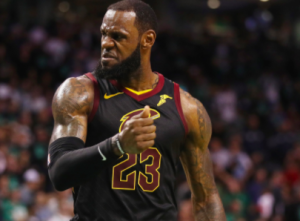 The year after Jordan left the Bulls to retire the first time that team without him won 55 games. When LeBron left Cleveland for Miami in 2010 the Cavs won 19 games the next season. 61 wins the previous year and to drop that much? It just goes to show the difference between the two rosters and how much of an impact James made for Cleveland.

An easy counter-argument to this next point is obvious. In 2016, the Cavs didn’t start the NBA Finals series down three games to one. The team, with LeBron playing, lost three games to the Golden State Warriors. However, that comeback and ultimately winning the finals and bringing a championship to Cleveland in seven games is the most impressive feat in James’ career. Giving the City of Cleveland the championship it so desperately yearned for is always going to be admired.

James’ block is one of the glorious signature plays that will resonate with fans forever.

Now, there is no question that this will always be up for debate. Different fans of different teams/locations and different ages are always going to have different opinions. Additionally, LeBron still has more of an opportunity to add to that magnificent resume of his. Hopefully, the league resumes soon.

Lastly, it is important to remember that this is a team sport of basketball that these two stars are being compared in. It’s not like some sports in The Olympics such as swimming or diving where individuals can truly be judged against one another. Both Jordan and LeBron at one time or another benefitted from teammates to help them reach the ultimate goal of winning championships and benefitting their respective careers.

Enjoy the Michael Jordan Documentary and continue to enjoy LeBron James on the court. Whether it’s Jordan or James as the Greatest of All Time, the game of basketball continues to provide endless entertainment from young men that are just so extremely skilled and talented.