Nine years ago today (June 27th, 2013), the Cleveland Cavaliers selected PF Anthony Bennett with the first overall pick in the 2013 NBA Draft. This would go down as one of the worst picks in history. Selected out of UNLV, the man was actually very good in college averaging 16.1 points and 8.1 rebounds on 53.3% from the floor (37.5% from deep).

Obviously, to be picked first overall a player has to be pretty good in college…or high school (wink, wink). 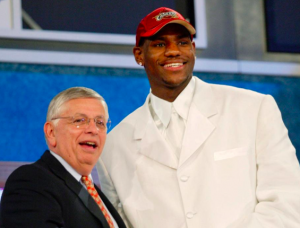 Many will cite the poor competition in the NCAA as a big factor as to why Bennett had solid numbers in college but was absolutely terrible in the NBA.

Via Sports Illustrated about Bennett: “Is he a small forward or power forward? Which position will he be able to guard in the NBA? Bennett is undersized as a power forward and could struggle to keep up with small forwards. A better post-up game would help round out his offensive game.”

That analysis was exactly correct and then some.

Frankly, it’s amazing that with the same number one overall slot a player can be as great as a LeBron James and yet as terrible as Anthony Bennett. The Canadian is up there in “busts” along with Greg Oden, Hasheem Thabeet, Kwame Brown, amongst others.

So who else could the Cavs have selected instead of Bennett in said 2013 Draft?

Woah. Those are some big-time names there that have ended up becoming great players for various teams over many years.

How did the Cavs get rid of Bennett? In 2014, Bennett was traded to the Minnesota Timberwolves in a three-team deal with the 76ers.

It’s impossible to completely predict the future, but the Cavs should’ve done more research before making this selection for the top overall spot.

Ultimately, Cleveland was able to figure everything out in the future and become champions just a couple of seasons later in 2016.

Usually, it’s our beloved Browns that are the ones so terrible at picking players in the draft. This guy look familiar? 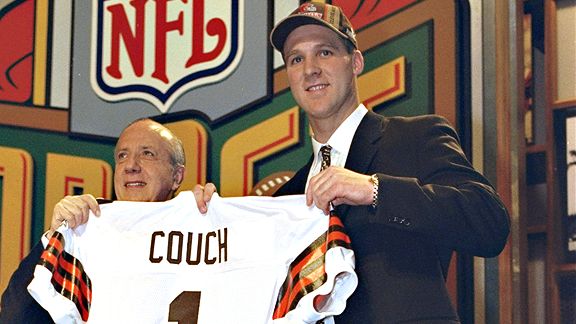 Since the Bennett selection, the Cavs have done a much better job with picks such as Darius Garland. We’ll now have to see how recent selection Ochai Agbaji, picked 14th overall here in 2022, ends up turning out.

It still wouldn’t compare to a selection at number one overall. Nine years ago today, the mistake was made in the Bennett selection and it’s still not forgotten.