The Browns and the Browns’ fans got their guy! As the draft got closer this past week the overall sentiment was that the fans wanted this high-energy, solid, explosive technique tackling player from Notre Dame. When he wasn’t drafted in the 1st round, Browns fans were very hopeful that JOK would be available in the 2nd round. With the 59th pick overall, would the Browns try to move up in the round to get him?

Yes, they did, to the delight of most Browns fans! I’d say his impact on the team from a linebacker position or any position in the secondary will be something we will benefit from immensely in the years to come. His speed, plus his innate ability to read offenses so well, will make this Browns defense so much better. 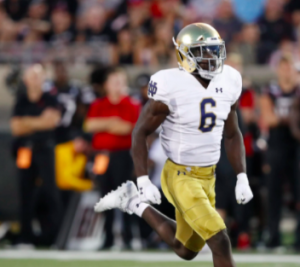